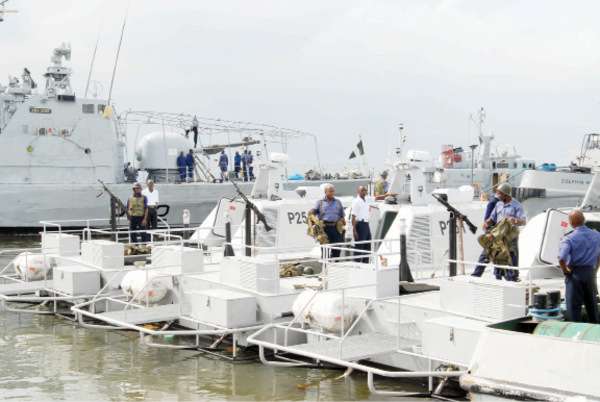 The Nigerian Navy, on Saturday, has claimed that piracy and other related crimes  have drastically reduced in the Niger Delta.

It attributed the success to what it described as a dedicated anti-piracy approach adopted by the Navy.

The Chief of Training and Operation of the Navy, Rear Admiral Adeyinka Osinowo, made this assertion while speaking with newsmen shortly after the Third Route March for personnel of the service in Abuja.

Osinowo noted that similar gains were made in the protection of onshore and offshore oil and gas facilities in the region.

According to him, the Navy had been receiving significant cooperation from other services in the ongoing campaign against crime in the area.

“What you have seen is the result of a number of concerted efforts ranging from the strategic level to the tactical level involving our men and gunboats in the creeks as well as offshore. We have significant cooperation from all the agencies.

“We have sharpened our skills as well as operational concepts. You are probably aware that we have derived a new concept, two-point management control . We have a dedicated anti- piracy operation also in the past two months.

“And all these have to a reasonable extent decimated the undesirable spate of attacks that we noticed in the early part of this year, and we have limited attacks within the onshore and of course, attacks on the oil and gas infrastructure offshore.

“As much as we are contending with those in the onshore area, we would also note that recent efforts among the services have demonstrated the fact that that will not be the case,” he said.