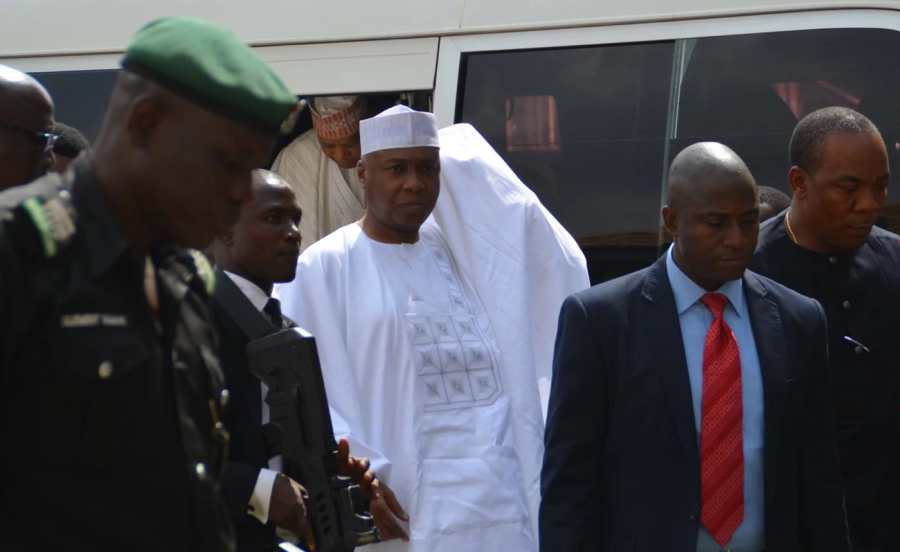 The Senate President, Bukola Saraki’s appeal to challenge his trial by the Code of Conduct Tribunal on charges of assets declaration breaches has been dismissed by the Court of Appeal after it granted jurisdiction to the CCT to carry on with the trial.

All the four other members of the panel unanimously agreed with the lead judgment delivered by Justice Abdul Aboki on Thursday to affirm the CCT’s jurisdiction to try the senate president.

In affirming the earlier ruling of the Danladi Umar-led CCT that affirmed the tribunal’s jurisdiction, Justice Aboki held among others that contrary to Saraki’s contention, the Attorney-General of the Federation had the power to institute charges against him before the CCT.

The appeal court also held that under the Constitution, the Code of Conduct wa‎s not under any obligation to invite the appellant to enable him to make a written admission of breaches in his asset declaration forms before charges could be initiated against him.

It held that the tribunal had rightly departed from its earlier decision exonerating a former Governor of Lagos State and National Leader of the ruling All Progressives Congress, Bola Tinubu‎ on account that he was not invited by the CCB to confront him with the allegations leveled against him.

The court also held that the fact that the charges were initiated 13‎ years after the offenses were allegedly committed was immaterial.

Justice Aboki described the contention as sentimental which the court had been enjoined not to delve into.

This was the second time the appeal court would be delivering judgment on the same subject matter of jurisdiction of the CCT to try the Senate President.

The Court of Appeal had last year ruled against Saraki on the jurisdiction of the CCT and asked him to proceed to face the 16 counts preferred against him.

The judgment of the appeal court was validated by the Supreme Court in February.