Home Sports Sadio Mané returns to Liverpool ahead of Tuesday’s clash with Chelsea
Facebook
Twitter
WhatsApp
Sadio Mané is expected to make an immediate return to the Liverpool squad against Chelsea on Tuesday.
That’s according to Liverpool’s owner, the Fenway Sports Group, who arranged for his swift return from the Africa Cup of Nations following Senegal’s loss to Cameroon on Saturday. 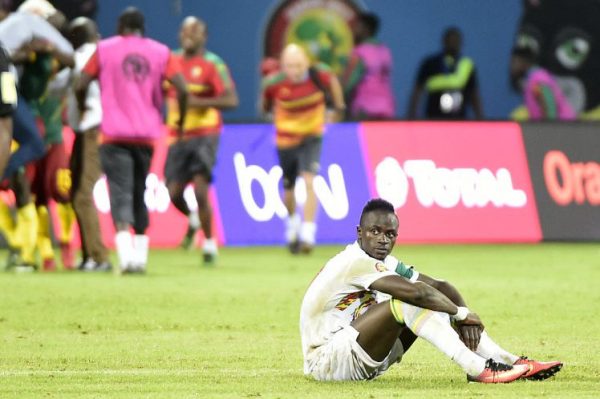 The striker arrived England late evening, and will return to Melwood on Monday, where he will be assessed by Jurgen Klopp and his fitness staff before their must-win Premier League match against the league leaders at Anfield.
Mané has been badly missed since he left to join up with the Senegal squad. Liverpool have won only once in his absence, been knocked out of both the League Cup and FA Cup and have fallen off the pace in the Premier League.
AdvertisementABUJA DOCTOR REVEAL THE UNIQUE WAY TO PERMANENTLY CURE WEAK ERECTION, SMALL AND SHAMEFUL MANHOOD AND INFERTILITY ISSUES WITHOUT SIDE-EFFECTS WITHIN SHORT PERIOD!! DON'T BE A VICTIM!! Click Here for More Details