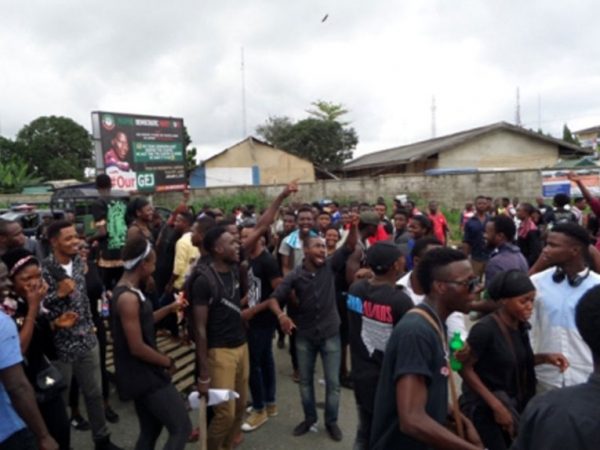 Following the violent protest by students of the Federal University of Technology, Minna, Niger State, Bosso campus, over the death of a 300 level student, Emmanuel Olalekan Yeye, on Wednesday, the university authorities have shut the school.

All students have been directed to vacate the two campuses latest 4pm Thursday and resume academic activities in two weeks’ time, 2nd March.

However, a statement by the acting Academic Secretary Shakirudeen Yussuf broadcast on the university radio said the closure of the institution was “for the mid semester break”.

There was a breakdown of law and order in the university on Wednesday night when Yeye, a 300 level School of Science and Technical Education student, reportedly slumped on the football field and was rushed to the university clinic for treatment and later died.