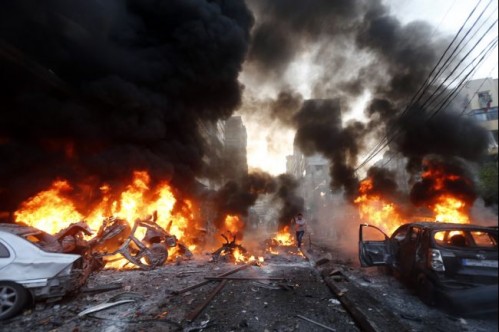 Barely a month after a 50-year-old housewife, Jenny Ibor Okpa, from Ofalosi village in Nko, Yakurr Local Council of Cross River State died from kerosene explosion, adulterated kerosene yesterday claimed a mother of two while 17 others are critically ill in the hospital.

The incidents occurred as several explosions were recorded in nearly 10 homes, causing panic in the state.

Mostly affected are residents of Calabar while one case was reported in Ugep Community of Yakurr Local Council.

The two children of the deceased are still under intensive care unit at the University of Calabar Teaching Hospital, where others are receiving treatment.

One of the victims, Emma, while narrating his ordeal, said: “As I was about to put kerosene in the lantern in the church, the lamp exploded and burned my whole body. I don’t know where they got the kerosene from because it was in the church. Anybody can bring kerosene to the church of Brotherhood of the Cross and Star at Iyangasang, Calabar.”

Another victim, Rebecca Itopo, whose incident occurred two weeks ago, in a chat with The Guardian said: “After lighting the lamp, I realised there was no kerosene in the lamp, as I was about to refill, the lamp exploded on my face .”

Leading the government delegation to visit victims of the burns at the hospital, the Commissioner for Health, Dr. Inyang Asibong, said the state governmentwas working hard to get to the root of the matter.

He said: “We just have to be careful about the type of kerosene we buy because we started receiving these type of report about two weeks ago but we realised that it was getting more serious, so we decided to do something more drastic.

“That is why we are here on the instruction of Governor Ben Ayade to find out the situation of things only to found out it was even worse than we had thought.”

On his part, the Commissioner for Petrol and Gas Resources, Itaya Nyang, said: “We want to set up an investigative team panel to get to the root of the matter.

“There are various ways the product could be adulterated. It could be in the process using the petrol tanker to convey kerosene or possibly some shady activities of some miscreants, who want to make huge profit looking at the difference in price between petrol and kerosene.”