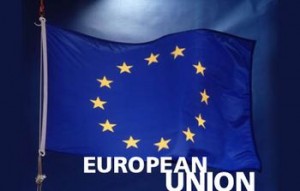 The United Kingdom have challenged the Federal Government of Nigeria to spare continue to try harder in rescuing the remaining 195 Chibok schoolgirls in Boko Haram’s captivity.

The EU, in a statement marking the third anniversary of the criminal abduction of the 276 schoolgirls, on Thursday, in Abuja, tasked the government to free the girls and bring their abductors to justice.

The delegation regretted that most of the abducted girls remained unaccounted for, three years after they were forcefully taken away from their homes, families and loved ones.

It said, “The European Union delegation in Nigeria deeply regrets that most of the abducted girls remain unaccounted for three years after they were forcefully taken away from their homes, families and loved ones.

“We commend the Nigerian government and its international partners for the action that resulted in the release of 21 of the kidnapped girls last year, and for its stated commitment to ensure that the remaining girls are freed and reunited with their families.

“No effort should be spared to free the girls and bring their abductors to justice.”

The union observed that Nigeria had made significant progress over the last two years in combatting Boko Haram, but added that the group still remained a threat.

The UK, in a joint statement by its Foreign Office Minister, Tobias Ellwood, and his international development counterpart, James Wharton, said their thoughts were with the girls and their families.

They called for the release of those abducted by Boko Haram, stating that the UK was working with Nigeria in the fight against the insurgents.

The ministers stressed that their country would not be deterred from supporting Nigeria to tackle violent extremism.

The statement read, “Our thoughts are with the Chibok girls who remain missing, their families and all those abducted by Boko Haram. We are working side by side with Nigeria in the fight against Boko Haram and call for the release of all those who have been taken.”