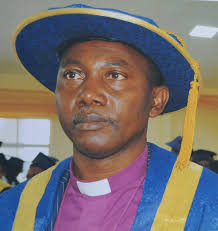 Prof Asaju’s directive may not be unconnected to a physical assault on him by male students at the weekend.

A 300L student of the institution on condition of anonymity told DAILY POST Monday afternoon that the VC has equally ordered disciplinary action against the students.

They are to appear on Tuesday before the Students Disciplinary Committee (SDC).

The VC was said to have directed internal security personnel to put the situation under control before it escalated.

“When security staff got there, the guys rather than stop the commotion continued,” the source told our correspondent.

“Some students then poured water on the security personnel.

“Word got to the VC who decided to personally intervene. On his arrival, the students got violent and said he should leave.

“As the situation got tensed, some yet-to-be-identified poured water and thrash on him.

“Prof Asaju was so angry that he cursed them and vowed to take action.

“Again on Sunday during church service, some students whose phones were seized disrupted service in protest.

“The VC got up and said since the it appeared students were getting out of control, he would shut the school and punish any one indicted in recent incidents being investigated by the SDC”.

“I’m not aware of any assault on the VC. The school is not in session and students who have no genuine reason to be around should normally be in their homes”.

Less than 10 minutes after his denial, our source forwarded a text sent to all students by the VC, Prof Asaju. 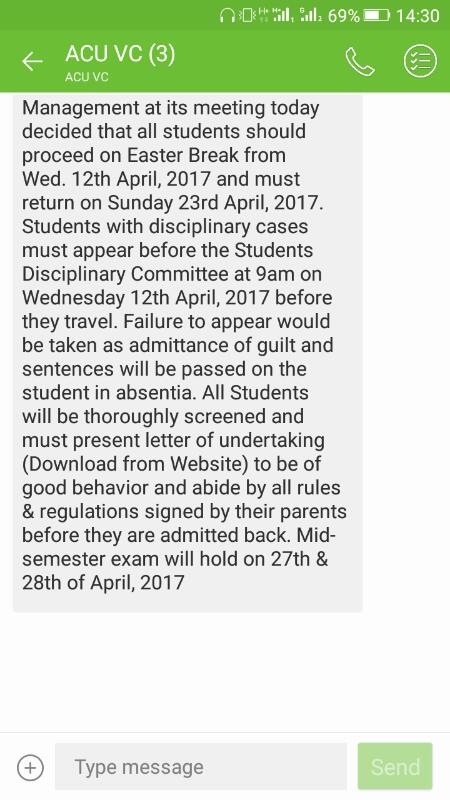