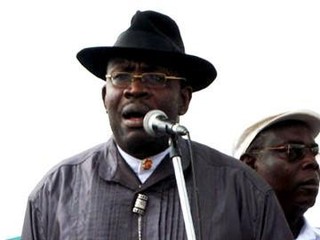 The Bayelsa State Government says that the steady drop in allocation from the Federation Accounts and huge wage bills are responsible for the councils’ inability to meet their financial obligations to their workers in the state.

The Commissioner for Local Government Administration, Mrs. Agatha Goma, made this known during a news conference in Yenagoa on Saturday.

She said that due to the development, the leadership of local government areas in the state were still battling with months of unpaid salaries in spite of receiving bailout and Paris Club funds from the Federal Government.

Goma, however, said that the bailout and the Paris Club funds received by the councils were used to offset some backlog of workers and teachers salaries at the council level.

Goma said, “We are aware that there have been several releases by the federal government to buffer the dwindling resources in the country and hence even at the local government such resources have been given.

“We have managed within this period to see that several councils that owed their workers have been able to pay up to date except one or two cases. The major problem for the local governments in the state is the huge wage bills of the councils which means that funds from the Federation Accounts were barely sufficient to pay council workers hence the introduction of the 50 per cent salary payment.

“Now again, we have the Paris Club that has been given and the share of the local government councils in the state is N1.3bn and this same release was strictly used for the payment of council workers and teachers.

“There have been several stories everywhere about the utilisation of these funds. I want to set the records straight by saying that the state government has no hands in the council funds. Council funds are directly received from the federation account; the tranches as they come are already detailed from the Federal Allocation Accounts Committee before they come.”

She explained that state government had embarked on several reforms at the third tier of government to weed out ghost workers and increased productivity among council workers.

Goma added that the verification exercise and the “No work No pay” policy of the state government, which had been extended to the councils had started yielding results, noting that there had been a drastic drop in the wage bill of the councils.

She, however, stressed that the policy was not intended as a witch-hunt against workers but to improve work ethics.