The Federal Government has promised to build affordable houses for Nigerians this was made known by the Minister of Finance, Mrs. Kemi Adeosun.

The Statement was said when she me 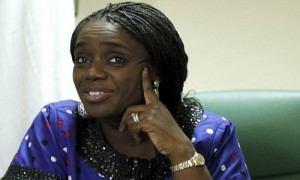 t with representatives from international finance institutions at the World Bank Spring meetings holding in the United States to take forward discussions on Nigeria’s agenda to deliver affordable housing.

A statement on Saturday  from her Media Adviser, Mr Festus Akanbi, quoted the minister to have said that housing delivery was one of the main economic agenda of the Federal Government as it was key to stimulating economic activities.

She said, “Delivering affordable housing is critical to the delivery of our reform agenda and is one of the key pillars for implementation, which we have been discussing in Washington this week.

“Nigeria has an estimated housing deficit of 17 million units, and with an estimated increase of 900,000 annually. Some of the reasons for this are clear.

“Interest rates are high for both developers and home buyers, and the tenure of debt remains too short.

“As a result, we have to find a way to accelerate the provision of affordable homes. That is why we have established the Family Homes Fund.”

She added,  “We have requested N100bn in the 2017 budget and for the subsequent three years as part of the Medium Term Expenditure Framework;  this is seed funding from the government.

“But this is not solely a public sector scheme, it will be a partnership with the private sector and we are looking to mobilise additional resources from domestic and external sources.”

The minister said the fund would enable government to deliver discounted mortgages for homeowners, while also enabling access to attractive funding mechanisms for developers.

“We are piloting in six states and the results of those pilots will guide long-term programme implementation,” she added.