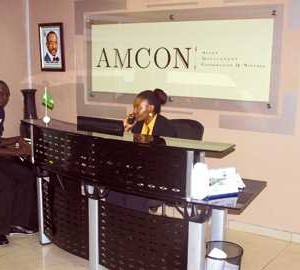 The House of Representatives members has ordered the Asset Management Corporation of Nigeria (AMCON) to return all Non-Performing Loans (NPLs) that were contracted unprofessionally to the banks.

The development may throw a new challenge for some banks that thought their sharp practices in the wake of banks’ failures are over, including legal interpretations for some that would go that far to reject such move.

The House of Representatives Committee on Banking and Currency, on Tuesday, in Abuja, expressed concern that the quality of loans acquired by AMCON from Eligible Financial Institutions (EFIs) in the country were products of unprofessional deals.

Already, the lawmakers has called on Central Bank of Nigeria (CBN) and the Ministry of Finance, among other regulators, to immediately ensure that all wrongly declared loans by commercial banks are clawed back to enable AMCON cover its funding gap.

The committee, led by the Chairman, Sir Jones Chukwudi Onyereri, specifically stated that loans without proper documentation or irrecoverable due to packaging or state of the collateral, should be reloaded back to the financial institutions since they are now making profit.

The lawmakers, who visited AMCON’s head office in Abuja as part of its oversight functions to review the Corporation’s 2016 budget performance, decalred their support for the bad debt company in recovering the huge debts outstanding.

The Managing Director/Chief Executive Officer of AMCON, Ahmed Kuru, while welcoming the committee, informed them that for AMCON to survive and meet its obligations, the root causes of some of the loans that ended with AMCON need to be revisited.

Kuru reiterated the fact that AMCON was dealing with obligors that have the financial capacity to engage AMCON from court to court in their plot to evade repayment and thereby sabotage the effort of the Federal Government to resuscitate the economy.

He added that there was need for all the relevant government agencies, especially the legislature, to rally round AMCON because the failure of AMCON would mean that the gains Nigeria recorded in 2010/2011 when AMCON was created would have been lost.

AMCON boss commended their continued interest and support for AMCON so far received, reassuring that the agency would realize its objectives.Meanwhile, the lawmakers also stated that there was need for the government to review some of its processes and be mindful of how it relates with AMCON debtors.

According to them, giving contract to individuals or companies that are heavily indebted to AMCON, to say the least, defeats the whole essence of creating the special agency in the first place.

Onyereri said the committee was satisfied with the renewed vigour with which the present AMCON management was pursuing its obligors.“The Committee observed that it will not be desirable for the Federal Government to continue to patronise individuals and companies who are hugely indebted to AMCON while those companies on the other hand, refuse to repay their debt.

“We also suggested that it may be necessary for such debtor companies to obtain clearance from AMCON as a prerequisite for Federal Government patronage in the future.,” he said.

The Committee, which said it was willing to support further legislative reviews of the AMCON Act as long as it would enhance the operations of the Corporation also noted that the six per cent per cent interest rate charged by the CBN on cost of funds should be reviewed downwards in order to lessen the excessive burden on AMCON, adding that such a move will help to bridge the funding gap.

This, he said, is because there are no reliable statistics to show the impact of the services provided by the airline, stating that such a move would influence other smaller and efficient airlines to grow.