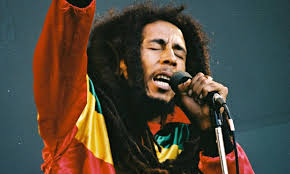 Years after the Legendary Jamaican musician, Robert Nesta Marley, passed away at age 36,his music are still ever green whenever it is been played anywhere in the world.

Marley was a Jamaican singer-songwriter, musician and guitarist who achieved international fame and acclaim, blending mostly reggae, ska and rock-steady in his compositions.

Starting out in 1963 with the group the Wailers, he forged a distinctive songwriting and vocal style that would later resonate with audiences worldwide.

The Wailers went on to release some of the earliest reggae records with producer Lee “Scratch” Perry.

After the Wailers disbanded in 1974, Marley pursued a solo career upon his relocation to England that culminated in the release of the album Exodus in 1977, which established his worldwide reputation and produced his status as one of the world’s best-selling artists of all time, with sales of more than 75 million records.

In 1978, he released the album Kaya, which included the hit singles “Is This Love” and “Satisfy My Soul”.

Marley was diagnosed with acral lentiginous melanoma in 1977.

He was a committed Rastafari who infused his music with a sense of spirituality.

He is credited with popularising reggae music around the world and served as a symbol of Jamaican culture and identity.

Marley has also evolved into a global symbol and inspired numerous items of merchandise.

Since his passing, Marley’s legend looms larger than ever, as evidenced by an ever-lengthening list of accomplishments attributable to his music, which identified oppressors and agitated for social change while simultaneously allowing listeners to forget their troubles and dance.

Marley was posthumously inducted into the Rock and Roll Hall of Fame in 1994; in December 1999, his 1977 album “Exodus” was named Album of the Century by Time Magazine and his song “One Love” was designated Song of the Millennium by the BBC.