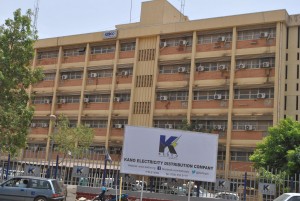 Power supply has been disconnected from 10,000 homes by the Kano Electricity Distribution Company ( KEDCO ) over N84m revenue loss due to illegal connections at Rijiyar Zaki area in the Kano metropolis.

The firm explained that the mass disconnection was carried out by a special task force it set up for the exercise.

The Head, KEDCO Corporate Communications, Mr. Sani Bala-Sani, explained that 4 million kilowatts per hour of electricity estimated at N118m was supplied to Rijiyar Zaki in June, 2017, but only N34m was paid by customers in the area.

“Last month, 4 million kilowatts per hour was supplied to the area, representing N118m revenue but only N34m was collected. This is a huge commercial loss because only 29 per cent of the revenue was collected from customers in the Rijiyar Zaki area,” Bala-Sani said.

He added that a total of 13,200 pre-paid meters were found to have been bypassed by customers in the area, vowing that those involved in the fraud would be penalised.

“We installed 13,200 meters in the area, but a lot of them were discovered to have been bypassed and this is unacceptable,” Bala-Sani said.

He explained that the special task force, comprising policemen, Nigeria Security and Civil Defence Corps personnel, Hisbah board and vigilance groups, would continue to patrol the metropolis with a view to checking the ugly trend.

He advised customers to avoid tampering with meters to avoid possible fire outbreak or electrocution.

He said, “Henceforth, anyone caught tampering with meters would be arrested and prosecuted as the company will no longer tolerate such illegal activities.”