Man Of Satan!! Alfa Caught While Trying To Use Woman For Rituals In Lagos (Photos) 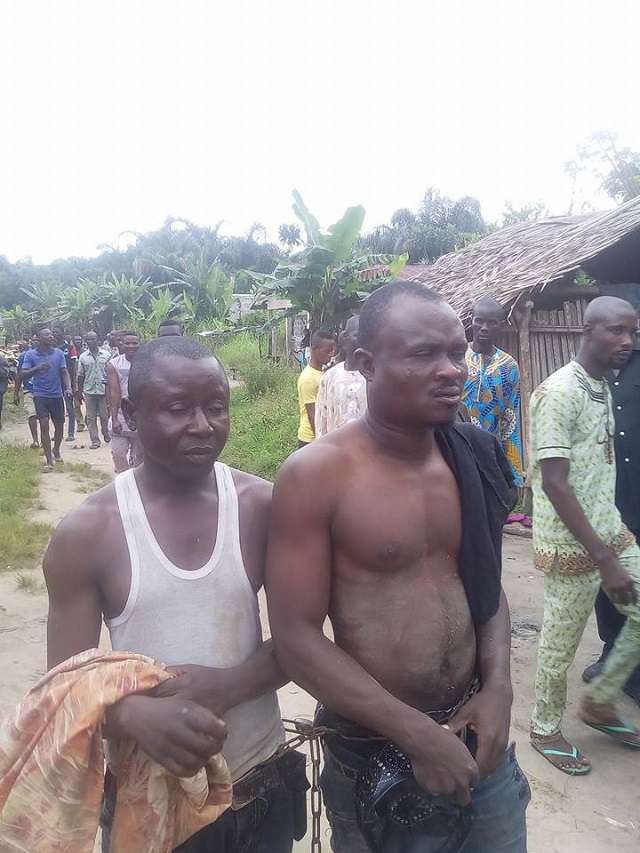 The Lagos State Police Command has arrested an Islamic cleric popularly known as Alfa for allegedly trying to use a young lady for rituals.

According to a Facebook user, Abbey Peterz, the Alfa was arrested on Wednesday, September 6, 2017, in Magbon town, Olorunda Local Council Development Area in Badagry, after he had lured the lady from her base in Ibadan, Oyo State, to Lagos with the sole intention of killing her for rituals.

It was gathered that the lady had contacted the Muslim cleric for spiritual assistance over an undisclosed problem and he told her to come to Lagos so he can assist her but when she came, he decided to kill her.

But the lady was lucky as she was rescued after vigilant residents of the area raised an alarm and alerted some elders of the community.

The Alfa was arrested together with an accomplice and handed over to the police where he allegedly confessed to trying to use the lady for rituals.

Read what Peterz posted on his wall:

“Wonders shall never end. See ritualist Alfa caught today in Magbon Obele Esepe town in Olorunda LCDA, Badagry, trying to use this lady from Ibadan for rituals. Please continue sharing it till it gets to the family of this lady in Ibadan.”

Former minister of aviation, Femi Fani-Kayode has described the Senior Special Adviser to the President on media and publicity, Femi Adesina as a sociopath. He...
Read more
- Advertisement -