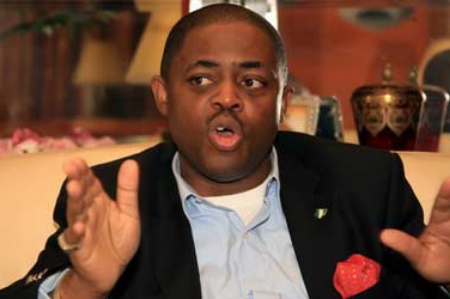 Former Aviation Minister, Femi Fani-Kayode has reacted to the newest development in Owerri, Imo state, as Governor of the state, Rochas Okorocha unveiled the statue of South Africa’s President, Jacob Zuma, which he constructed in his honour. According Fani-Kayode, Nigerians are killed everyday by South African security,  Okorocha, who he called a “clown” went as far as building a statue to honour Zuma.

“Nigerians are murdered by South African security forces every day yet the clown in Imo state builds a statue in honor of Pres. Zuma.

Igbos are murdered by Nigerian security forces every day yet that same clown in Imo state continues  worship @MBuhari.

Slavery is a curse!”