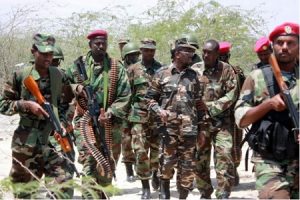 Four Cameroonian soldiers were killed by suspected separatists in the restive English-speaking region of the country early Wednesday, army and government sources said.

According to a source in the Army, the troops came under attack in the area of Mamfe, a city in the Southwest Region, according to an army source.

The information was confirmed by a government official.