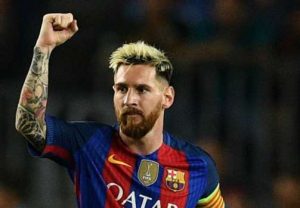 Barcelona have been paired against Celta Vigo in the last 16 of the Copa del Rey, in the draw that took place on Tuesday.

Celta, coached by former Barca goalkeeper and assistant manager Juan Carlos Unzue, became the first side to take league points from Barca at the Camp Nou for a year on Saturday in an entertaining 2-2 draw.

The Galicians also shocked Real Madrid on their way to the semifinals last season, but Barca, who haven’t been eliminated by any side other than Real in the Cup since 2010, remain strong favourites to make the quarterfinals once more with the second leg to come at the Camp Nou.

Real Madrid also have the security of the second leg at home against second division Numancia, who eliminated top-flight opposition in Malaga in the last 32.

Third tier Lleida Esportiu are rewarded for their remarkable comeback from 3-0 down on aggregate to beat Real Sociedad on away goals with a matchup against Atletico Madrid.

The other side from Spain’s regional third tier left in the draw, Formentera, face last season’s finalists Alaves.

Sevilla were handed an Andalusian derby at Cadiz, while high flying Valencia face a trip to the Canary Islands to take on Las Palmas