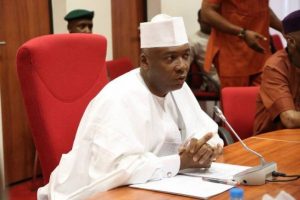 Senate President, Dr. Bukola Saraki, has ordered the authorities of Kwara State Polytechnic to stop the increment in fees for the 2017/18 academic session.

Saraki, in a statement issued on Monday through the Kwara State Publicity Secretary of the All Progressives Congress, Alhaji Sulyman Buhari, disagreed with the institution’s claim that fees were not increased.

He noted that the management of the polytechnic had, contrary to its claim, increased fees despite agitations by the students of the institution.

The Senate President said, “Students from my constituency sent me the details of the school fees that the Registrar of the Kwara State Polytechnic released for the 2017/2018 academic session through Whatsapp.

“After reviewing it, I found out that there was a deliberate attempt to confuse and mislead the state government and the general public.

“It is obvious that a second year student in 2017/18 is now expected to pay N20,000 more than what second year students paid in the 2016/17 session. This is contrary to the claim contained in the statement released by the institution just last week.”