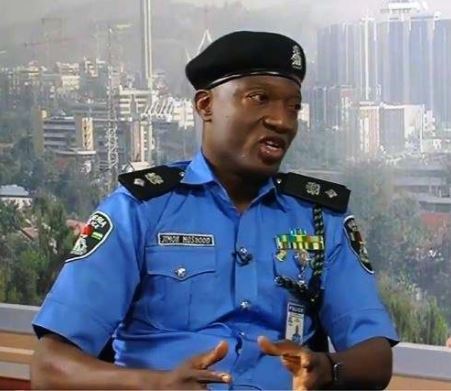 Force Public Relation Officer, Jimoh Moshood, on Tuesday, attacked the personality of the Governor of Benue State, Mr. Samuel Ortom, by calling him a drowning governor, if he could watch his state degenerate to a lawlessness state.

He was reacting to the a press release by the government of Benue State that called the Inspector General of Police, Ibrahim Idris to resign, if couldn’t restore peace.

He made the statement February 6, 2018 on Sunrise Daily, a popular early morning show on Nigeria’s best TV station, Channels.

Chief Press Secretary to the governor, Mr. Terver Akase, who was on the hot seat maintained the stance of the government of Benue State that IGP Idris should resign, “the state commissioner of police takes orders from the IGP, if he couldn’t direct his men to maintain peace in the state, then he should resign.”

The CPS accused the police authority of supporting herdsmen killing in the state. Akase’s statement angered Moshood, “the governor should be the one to resign because he’s a drowning man, who has failed to put measures in place to maintain law and order in his state.”

The show nearly degenerated to confrontation between Mr. Akase, and the police PRO, intervention of the host Abuja studios saved the situation.

The host advised the police PRO to withdraw such “a degrading” statement, but ‘indirectly’ failed to do, the host threatened to discontinue the interview, if both men failed to abide by the codes of conduct of the TV station.