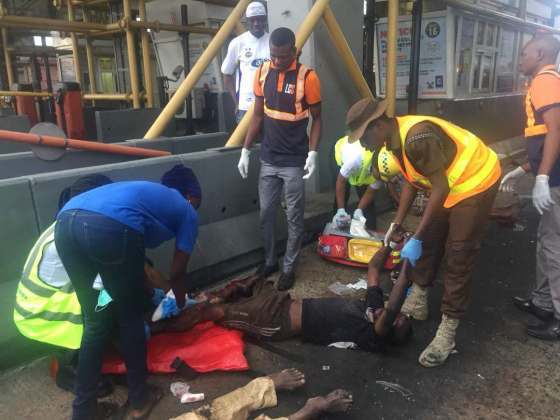 Fresh updates have emerged concerning the sunday accident that occurred at lekki toll gate and officials confirm that three men and a woman were killed, while 14 others sustained injuries after a drunk driver rammed into an 18-seater commercial bus at the first Lekki Toll Gate.

According to reports, the driver, who drove a Lexus Jeep GX470 marker KJA615DF, belonging to Triple D Global Resources Limited, was returning from a night club and moving against traffic. The driver was said to be on top speed and rammed into the commercial bus, which had just been cleared by a ticketing officer. 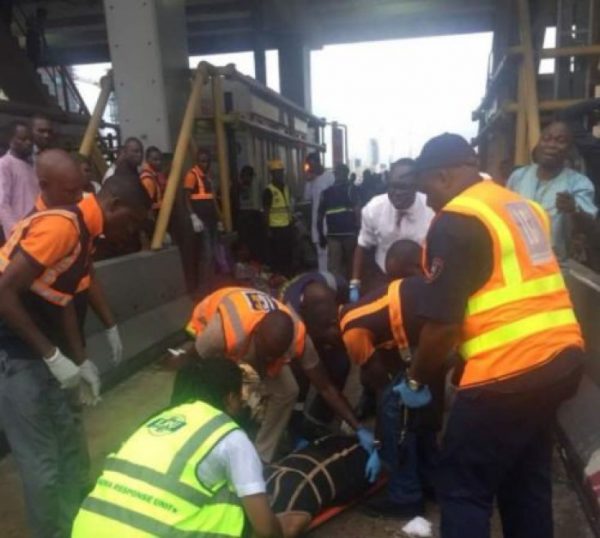 According to a witness, both vehicles upturned, killing two passengers on the spot, while 16 others were critically wounded. It was gathered that two other victims died at the hospital, where they were rushed to, while the drunk driver was said to be unconscious. It was learnt that the commercial bus driver’s legs might have been amputated, as crushed body parts were seen after he was extricated from the vehicle.