The police in India have booked eight men in a village in Haryana’s Mewat district for raping a goat on Wednesday night.

The seven-year-old goat was pregnant and died a day after the assault. The goat owner (pictured) filed a police complaint on Thursday. Police said the accused are locals and alleged history-sheeters.

Three of them were beaten up by villagers after the owner of the goat caught them in the act. The police are yet to make any arrests but say that the accused would be nabbed soon.

Police have registered a case under Section 377 of the Indian Penal Code, which prohibits “carnal intercourse against the order of nature with man, woman or animal” and under the Animal Cruelty Act at Nagina police station in Nuh, earlier known as Mewat. 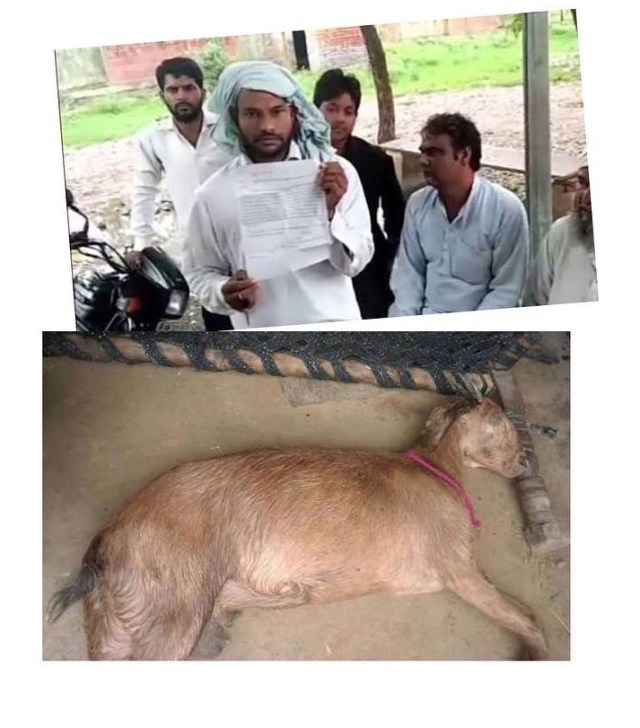