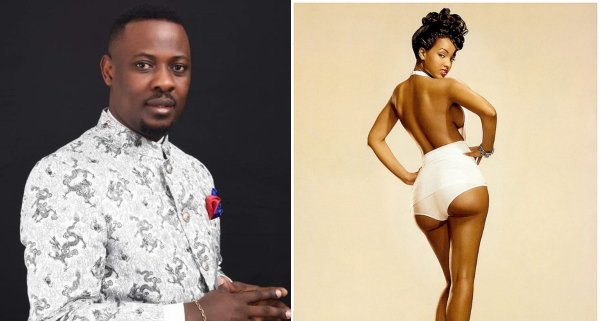 Prophet Nigel Gaisie, the founder and leader of True Fire Prophetic Word Ministries who sat for a chat on Zylofon FM’s Taxi Driver show, stated that women are his greatest weakness.

Prophet Nigel Gaisie who disclosed that some women have been making advances at him, added that though he tries as much as possible to turn them down, he has however fallen for these temptations on many occasions even though he is a married man.

“My greatest weakness is women. they make advances at me all the time but, I try to remain focused.”

“I am hooked with a child but I have fallen for these temptations several times,” he disclosed to Blakk Rasta during the interview

According to Prophet Nigel Gaisie who said he prefers to choose the reputation of his future and his mission as a Prophet even though it’s hard to, the anointing of God strengthens him.

The Prophet known for his controversial prophecies made headlines in 2017, after he slammed former Ghanaian President JJ Rawlings in an interview with Blakk Rasta on Zylofon 102.1fm.

The prophet who has had several prophecies by him come true including those on Trump becoming president and others, called the former president an unwise leader for claiming that he [Rawlings] doesn’t believe in God.

His criticism came after the former president said at a traditional gathering of chiefs, that there is no power in either Islam or Christianity. According to him, it was better and more meaningful to consider swearing public officials and others using traditional deities and shrines.

“Believing in gods negates the belief in the supreme God. If you believe in God, let Him take action and give Him his rightful due. If President Rawlings does not believe in God thus, then he should refer to Psalm 14 verse 1. Period! His utterance is full of folly. It is foolish!” He argued.