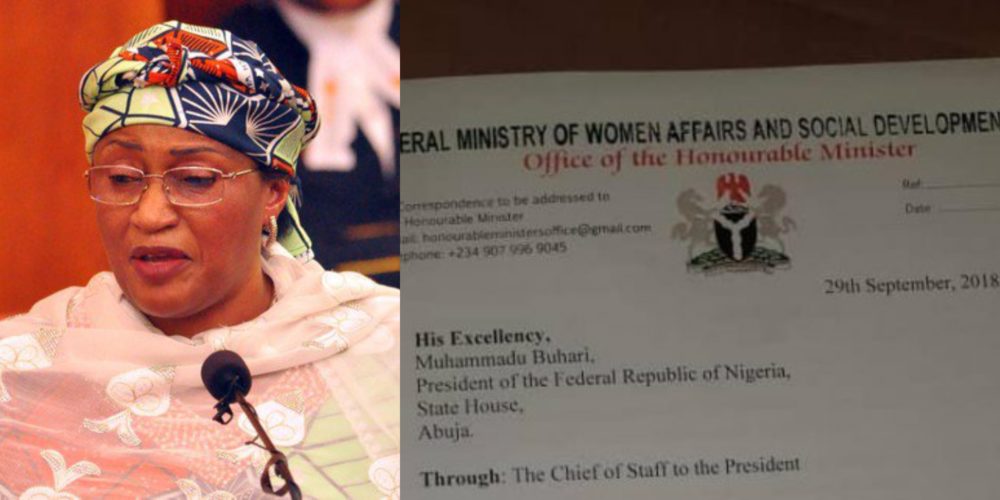 Aisha Alhassan, also known as Mama Taraba has resigned her appointment as Minister of Women Affairs and Social Development on Friday following her disqualification by the ruling All Progressives Congress to contest for governor of Taraba State, according to a report by Punch. 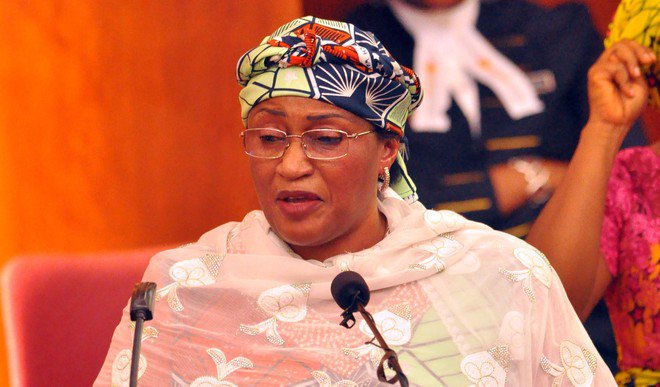 An updated report by Daily Nigerian has also confirmed that the Minister has dumped the ruling All Progressives Congress.

The minister’s letter of resignation obtained by Daily Nigerian reads in part:

“I write with a lot of respect to infor Mr President of my decision to resign my appointment as a Minister of the Federal Republic of Nigeria and as a member of the All Progressives Congress APC).”

Recall that on Thursday, the National Working Committee, NWC, of the party took the decision to axe Mrs Alhasan and another minister Adebayo Shittu based on the report of the party’s Governorship Aspirants Screening Committee.

Mr Shittu is aspiring to become the governor of Oyo State, while Mrs Alhassan, popularly known as Mama Taraba, is gunning for Taraba governor.

Mrs Alhassan further said in the letter that she “had always been a very committed committed party member and was at no time queried or admonished for any wrong doing or unconstitutional behaviour.”

“Up to the time of writing this letter, no reason was given by the Party for my disqualification to contest election under the APC.” 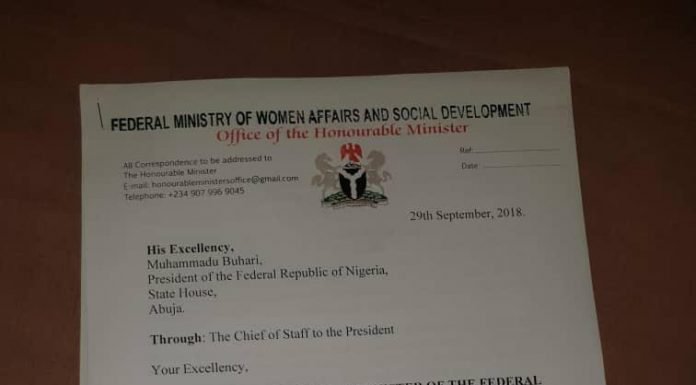 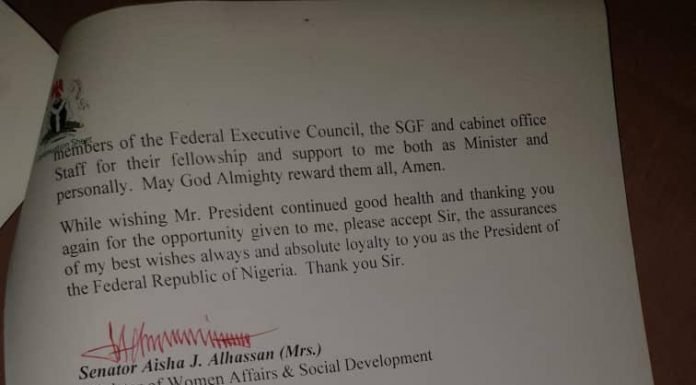 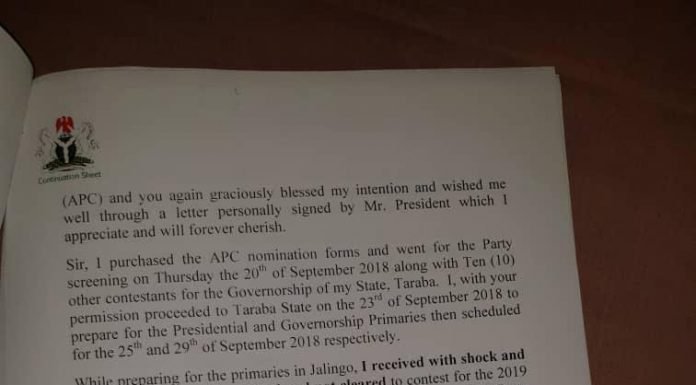