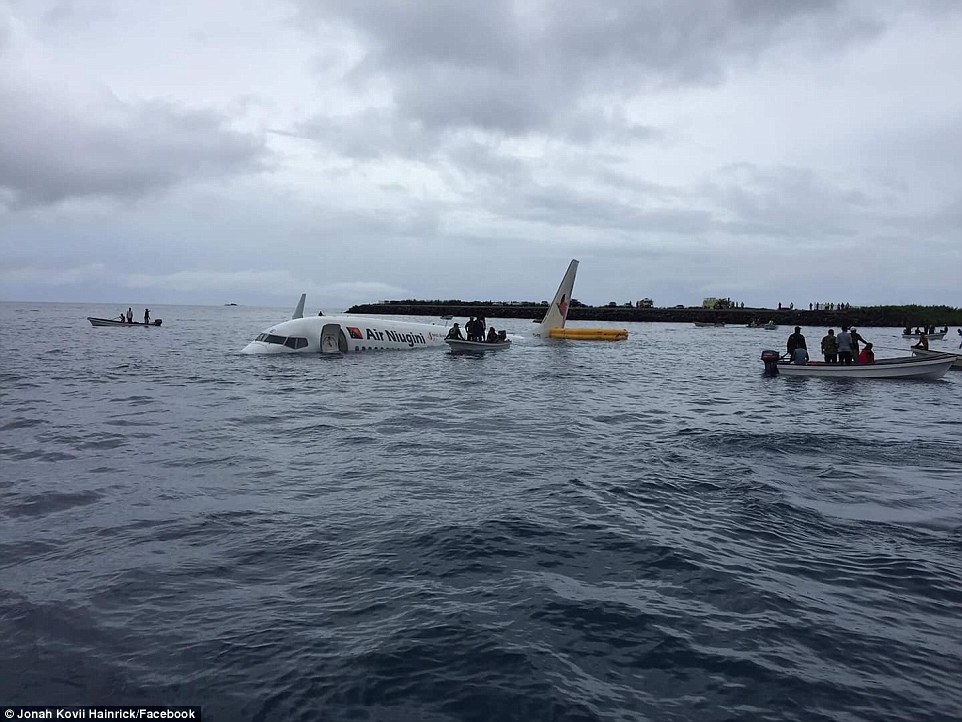 A plane has crash-landed in the ocean after overshooting a runway on the tiny island of Weno, north-west of Papua New Guinea.

Local authorities confirmed the airliner – which was en route to Papua New Guinea from Micronesia – missed the runway and crashed into the water around 9.30am Friday local time 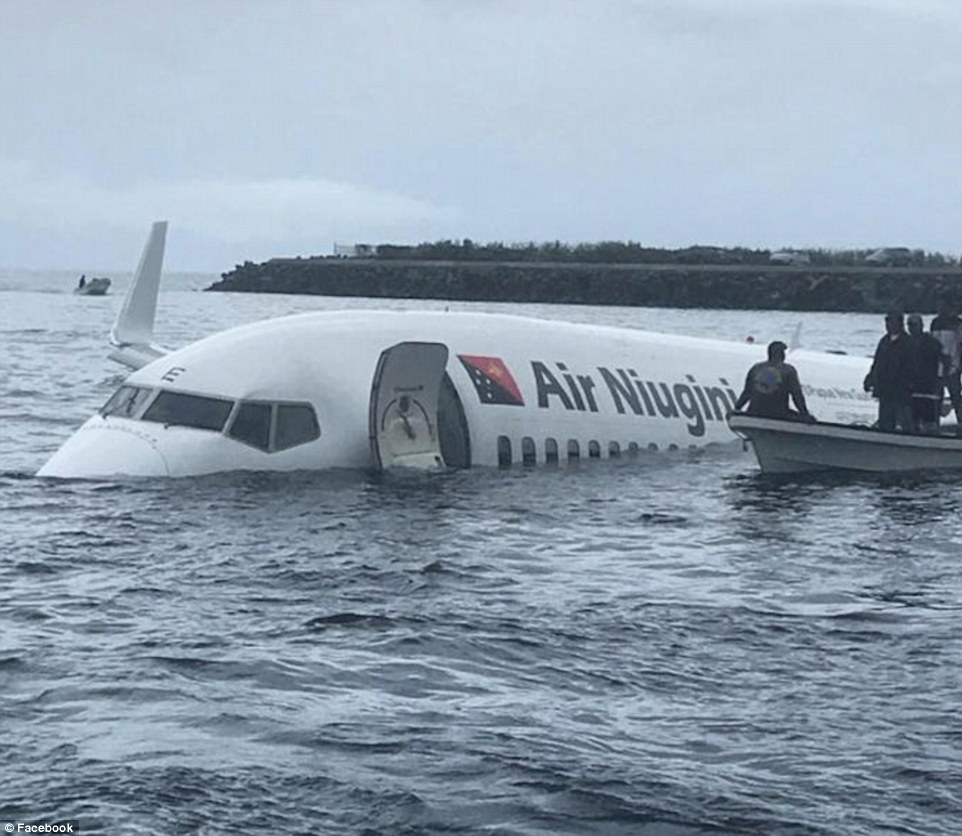 Miraculously, all 35 passengers and 12 crew members are alive, but plane was completely submerged and one passenger was injured.

Locals rushed out to the scene of the crash on small boats to help rescue passengers, who escaped the aircraft and were standing on the wings. 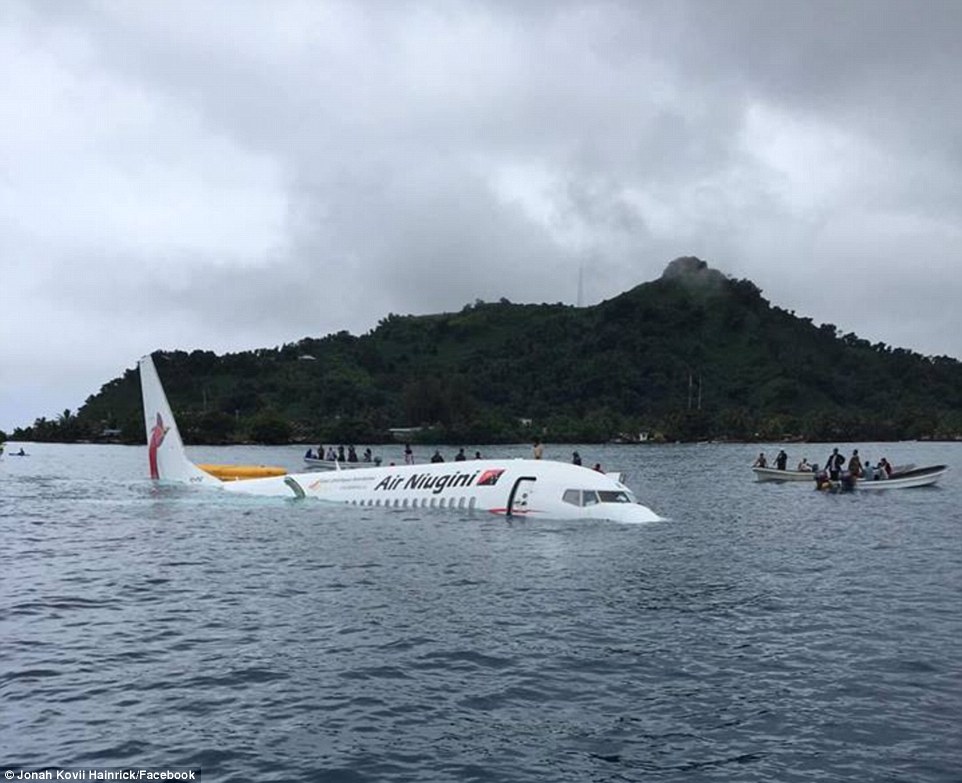 The passenger plane was flying from Micronesia’s Pohnpei to Chuuk Airport, where it was scheduled to make a stop before continuing on to Port Moresby in Papua New Guinea.

Passengers and crew have been taken to the local hospital, where they are currently undergoing checks.

No serious injuries have been reported.

In a statement released on Facebook, Air Niugini say they have been told ‘the weather was very poor with heavy rain and reduced visibility at the time of incident’.

Papua New Guinea Accident Investigation Commission are preparing a team to investigate the site of the accident.

Videos posted to social media show rescue boats attending the scene, helping passengers and crew get off the half-submerged wreckage to safety.

One of the videos posted to Facebook was by Bill Jaynes, an American passenger on the flight.

He told Nine News he had been in waist-deep water on the plane.
‘I thought we landed hard, until I looked over to the side of the plane and saw a hole the water was coming in,’ he said.
‘I thought this is not the way it’s supposed to happen.’
In the footage, he points to a cut in his forehead and says he’s just happy to be alive.