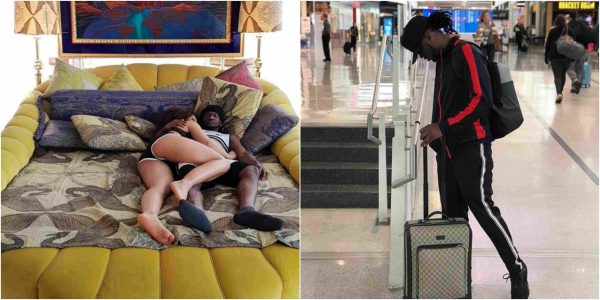 Popular Nigerian singer Rudeboy pictured in bed with a woman who is not his wife to stir up controversy among blogger and his fans. His fans surely reacted to the rather sultry photo.

The singer who understands how Nigerians are so fast to make judgement on situations, had captioned the photo:

If it wasn’t a video shoot #reality …. what will be their caption on this picture #bloggers 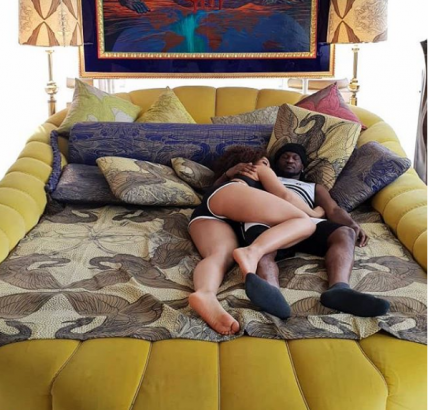 And despite making it clear that it was a clip from a music video, some of his followers still went ahead to berate him for the picture they considered inappropriate for the fact that Rudeboy is a married man. 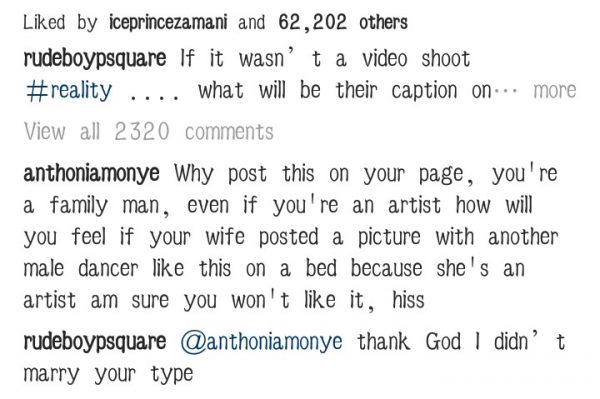 A fan had reacted and asked him how he would feel if his wife posted such, even if she was acting and the singer replied her saying:

Just as it is the norm, there will always be supports from his loyal fans. One wrote:

People are forming all kind of stories of wife catching hubby with slay queen , break Bentley, haba , u guys should give some credit and apply some wisdom, the man post it at his own page note thts one oooo.

Secondly some big mouth ladies are saying trash here , if king Rudy was truly there husband 95% of the ladies laying insults to @anthoniamonye went even stand the sight of there hubby laying and holding a woman in bed like this. Music video or no music vidoe, niaja women can live and portray fake pretense of understanding and so judgemental , fake ass women talking trash.