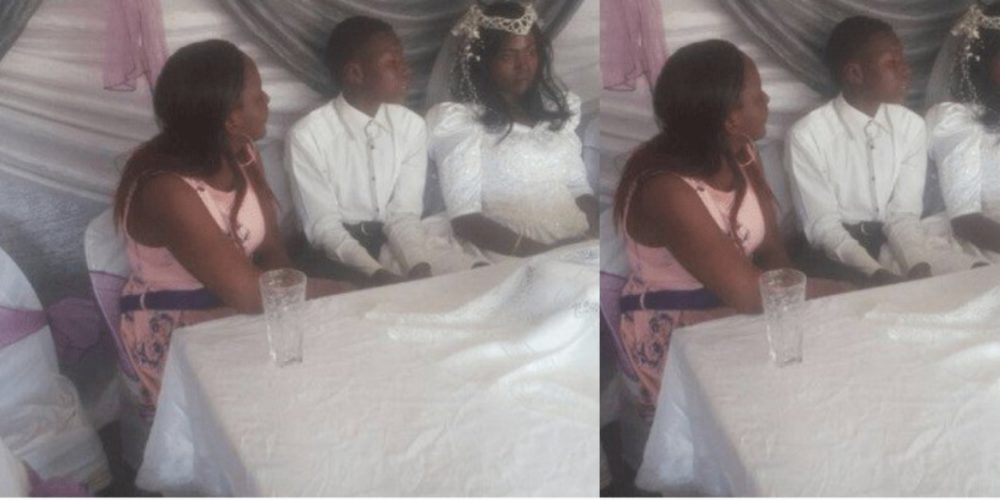 A Zimbabwean couple, Sisasenkosi Sulu and Mandlenkosi Maphosa, failed to show up for their own wedding ceremony in order to avoid police arrest as the couple are now on the run for allegedly stealing groceries from a supermarket.

According to reports, wedding guests had arrived and were waiting for the about-to-wed couple to show up, instead, a young boy of 13 and a 22-year-old lady represented the couple, reports iHarare.

According to one of the guests at the wedding: “Some of the relatives did not know that Maphosa and Sisa were fugitives. Therefore, they were totally shocked when they saw a young couple walking down the aisle. “The boy who played groom was 13 years old and the one who replaced the bride was 22.

One of the relatives of the couple, Nothabo Moyo said:

‘‘At first, I thought the boy was a ring bearer, but then again he was a bit old for that position. I only realised later what was going on when the young bride entered and stood next to the minor, and they were being addressed by the names of Maphosa and Sisa who were supposed to be getting married.

‘‘It was not fun at all, because after spending a lot of money on outfits and presents, it was just child’s play.”

iHarare reports that Sisa was arrested in July for allegedly conniving with her fiance to steal groceries worth more than $2 000.

After she was granted bail, Sisa escaped to South Africa following her partner, Maphosa, who had managed to flee from the scene where they were caught loading groceries.