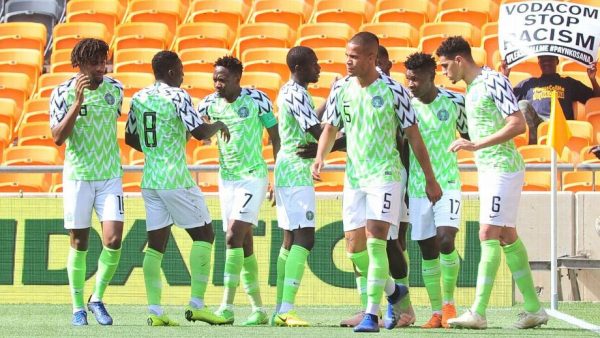 The Super Eagles of Nigeria have conceded top spot to Madagascar after they were beaten during their last group stage match. The Nigerian team started the match on the front foot by pressuring their opponents until a moment of madness in the 13th minute.

Brighton defender, Leon Balogun, made a costly error that led to the opening goal after receiving a back pass from his teammate and he was caught flat-footed.

The Super Eagles rallied round in the second half but their opponents proved too strong in defence as they held on to their slender lead. They, however, went on to double their tally in the second half and they put any hope of a comeback to bed.