Before the African Cup of Nations kicked off Nigeria were just behind the leading pack in the bookies odds to lift the trophy they last won in 2013. Now, after the end of the group stage, it continues looking good for Gernot Rohr and his men who have successfully passed into the knockout stages. However, the last game left a bittersweet taste as underdogs Madagascar snatched a 2-0 win, to top the group and put Nigeria into 2nd place. Those were the two first goals conceded by the Eagles in the tournament. 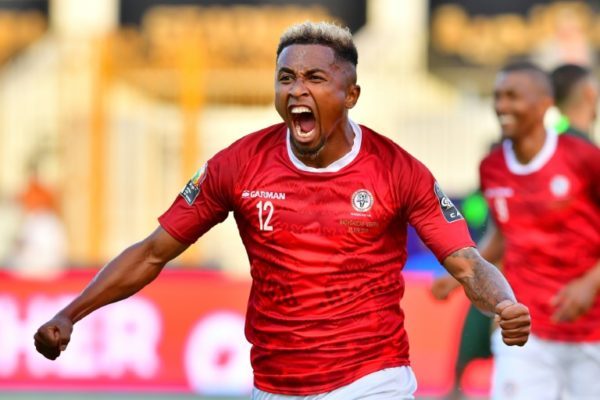 Nigeria qualified for the newly extended tournament after winning their qualifying group and, on paper, their reward was a favourable group in the tournament finals. The match against Guinea was always likely to be the toughest of the three, with only 20 places separating them in the FIFA World Rankings but the games against first-time finalists Burundi and Madagascar looked straighter forward.

As it’s transpired, a solitary strike in both games has been enough to see off Burundi and Guinea whilst the Madagascar tie was a match between the two unbeaten teams in the group. Despite Madagascar sitting in second place on four points, it was difficult to find any logic that supported a Madagascar win in the upcoming match. However, Madagascar shocked the bookmakers to win 2-0 and put themselves ahead in the group.

The insular African team, debuting in this tournament, took advantage of the Nigerians underestimating them and, even though they are in the 104th place in the FIFA ranking, almost 50 places behind their opponents, they showed a great spirit that we have to appreciate and recognize.

Due to the extended format, topping the group would – or should – carry more of a benefit in the first knockout round as Nigeria would face off with a third-placed team from group A, C or D. Now, however, Super Eagle fans will have to wait for the conclusion of group F, since they will face the second placed team in the knockout stages.

Group F includes holders Cameroon, which would be probably the team to avoid at the moment, and also another strong contestant in Ghana. Outsiders Benin and Guinea Bissau could pose a lesser threat but as the Madagascar match showed, the Eagles should not belittle any opponent, since this tournament has already shown that all teams are highly competitive.

The last game in the group will be this Tuesday and all the four teams still have chances to get into Nigeria’s path. Facing Cameroon would be a tasty game for most but especially for Ndamukong Suh, American football Superstar doing his NFL preseason with the Tampa Bay Buccaneers. The defensive tackle, who adopted Cameroon as his team following the 1994 World Cup, switched his allegiance to Nigeria during the World Cup 2018.

The tournament so far was giving Nigeria an easy ride, but last game may have brought the boys back to Earth and showed their flaws. Rohr was already thinking about the next stage and he operated some changes, probably thinking that he would easily get past Madagascar with at least a draw. Still, Lalaina Nomenjanahary and AFCON sensation Carolus Andriamahitsinoro had other ideas and took advantage of their status as underdogs

Nonetheless, Nigerians can still dream with the big trophy. Surely Rohr won’t commit the same mistakes as he did in the last match and the players will be more focused in the knockout stages. After a setback who was a little humiliating, the Nigerians will be eager to show that the last group game was a minor accident.

With a slice of luck, the route to the final could open up quite quickly giving the fans something to celebrate after the emptiness they’d have felt during the 2015 and 2017 competitions when Nigeria failed to qualify. One of the main jobs Rohr faces is handling his squad off the pitch and keeping his team together on it, whilst a breach of agreement by the Nigerian Football Federation rumbles on.

It is believed that bonus payments of up to $10,000 are yet to be paid to players and talk of a walkout has reportedly been muted amongst the squad. If anything like that takes media coverage away from the Super Eagles displays and results begin faltering, then they might be missing out on their best chance to lift silverware for the foreseeable future.

The big benefit Nigeria have is an experienced core of players who you would expect to keep their teammates pulling in the right direction as they’ll appreciate these opportunities don’t come around very often in careers.

The supporters are enjoying the ride at the moment but there is a growing expectation as to what can be achieved and anything less than a quarter-final and Rohr could be in trouble; the flip side is, if things go to plan, then he and his players will go home heroes.

A Canadian lady identified as 'sandytoes.15' has shared her pain as she dragged the Nigeria Police Force for arresting her Nigerian husband because of...
Read more
- Advertisement -