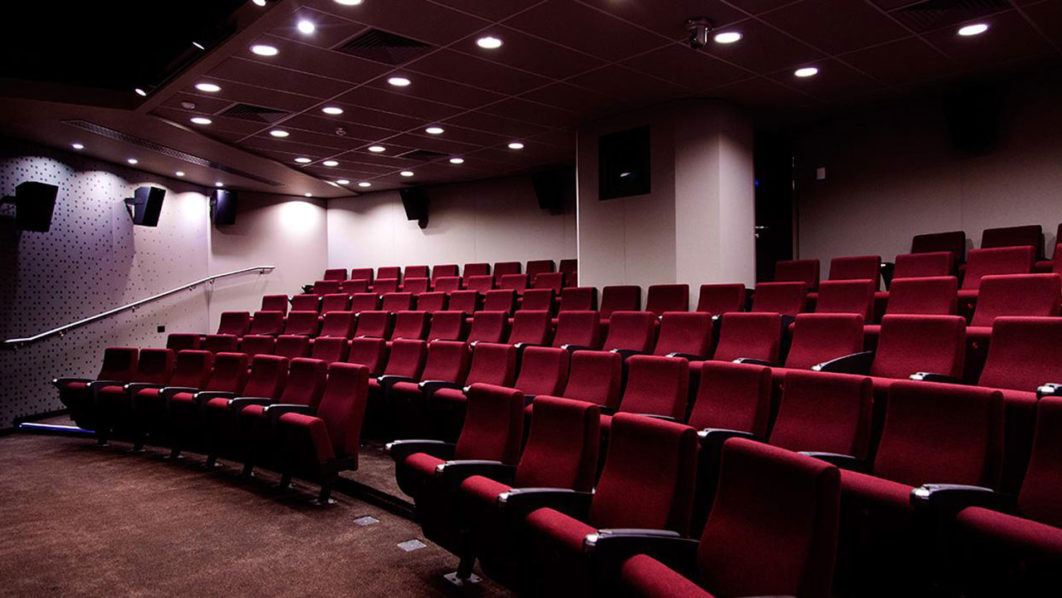 2020 was meant to be the year of cinema blockbusters – from action thrillers to sci-fi. There was a forecast of huge turnovers from several box office hits. But for the intrusion of COVID-19, about five box office hits would have been witnessed by the end of the second quarter of this year.

Before COVID-19, 2019 saw the growth of Nigerian cinemas. The movie ‘Living in Bondage: Breaking free’ accrued a total of N158,435,642 million thereby making it the eleventh overall highest-grossing movie and the highest-grossing Nollywood movie of the year.

With such a feat achieved in 2019, there were increased hopes that 2020 would be more rewarding. Nollywood filmmaker, AY Makun, said in an interview that the third part of his franchise movie ‘Merry Men’ was meant to premiere and show in the cinemas in 2020, but has now been moved to 2021.

Since the government mandated a lockdown, cinema houses in Nigeria have remained shut. Speaking with VIVA Cinemas in Lagos state via a telephone call, Information Nigeria confirms that cinema houses were exempted from the re-opening of leisure and relaxation centers.

“Of course, all cinemas (including VIVA Cinemas) have been shut. What did you expect? That we would open during a pandemic? – when we haven’t been authorized to do so?”

Unwilling to disclose his identity to this reporter, he continues: “We have been shut. But this was never our major source of income. I am currently on a different work assignment. We are fine. Thank you for your time.”

According to statistics released by Cinema Exhibitors Association of Nigeria, during the week in which the first case of COVID-19 in Nigeria was confirmed, there was a reduction in attendance at the cinemas – from 73,209 to 68,922 admissions. Consequently, the general revenue generated dropped to N71 million from N81.5 million.

Shortly before the mandatory closing of all cinema houses, the few films that were shown at the cinemas made low profits as opposed to the usual estimated amounts. ‘The Legend of Inikpi’ managed to make N7.4 million in the first weekend after its premiere at Silverbird Cinemas in January. Things got lower as the profits reduced to N973,850 by February. Also, it has been revealed that there were just 801 viewers across the country in the same month.

‘Sugar Rush’, which was premiered in December 2019, also got affected by the Coronavirus. In the opening weekend, it achieved an enviable feat by grossing N40 million. However, in January, a reduction was witnessed as the movie managed to make N18 million throughout the month. By March, the profits had drastically dropped to N2.3 million.

Although the set term that 50% royalty goes to the film distributor in the first week is still in place, with a low turnout and turnover during the first few weeks of the Coronavirus confirmed cases in Nigeria, cinema exhibitors had a hard time making their usual profits. This inevitably affected the movie producers.

Information Nigeria sought to know the diversification of revenue by Nigerian cinema exhibitors. For this reason, Metro Cinema was contacted.

A lady’s voice answers at the other end. “This is Metro Cinema.”

“We have totally complied with the lockdown directive. I am not even in Lagos. Have you been to our cinemas? It’s completely locked. We are surviving in the best way that we can. My other business is outside Lagos. I have more time to focus on it now that all cinemas are shut.”

But if cinema exhibitors may be relaxed in the knowledge of multiple streams of income, relevant stakeholders such as actors and filmmakers have been agitating for the reopening of cinema halls. Popular actress, Osas Ighodaro, took to Instagram to protest against the exemption of cinema houses from re-opening. Some of her colleagues also joined in the campaign.

A few of them include Omotola Jalade-Ekeinde, Toyin Abraham, and Falz. With the hashtag #SaveCinemas, they expressed their grievances about the plight of cinema houses during the lockdown, especially considering that other activities were fast going back to normal.

“I believe cinemas are easier to monitor and regulate. If other indoor places are open, why not the Cinemas? Temp checks, masks, distancing etc. We need to work together to ensure safer ways to keep the Arts going. Many livelihoods depend on this. It can and MUST be done as safely as possible. #savecinemas”.

“The ability of the film industry to grow and sustain itself is directly linked to how much money films earn in various windows. The cinema is a very important revenue source. Keeping them shut has dire consequence for the industry. Given how many of our youth make a living from this industry, it is time to give this a second look.”

Speaking with KazMPIRE MOVIES, Information Nigeria learns that the cinemas will soon be re-opened but not at the same seating capacity before COVID-19. KazMPIRE MOVIES is ready for re-opening, but they also understand that their income will be drastically reduced.

“Our industry is like the aviation industry”, he begins. “We deal with large crowds and gatherings. We will not make money if our halls are scanty”.

“Our goal was to have full halls by the time of re-opening.

“But that will not be possible anymore. We have no choice but to comply with the government’s directive.

“We hope we can return to our full seating capacity soon enough. All the workers are at home. We have not made any income so far. And that has not been favorable for us at all.”

A rather cheerful manager of MAGNIFICENT CINEMAS told Information Nigeria that they opened their lounge for visitors to come in, watch football matches and have some drinks, considering that lounges have been allowed to operate.

“That is our own way of diversifying our income.”

“We should reopen soon”, he continues. “You are still asking if it’s a huge blow? You are very funny. Of course, it’s a huge blow. The lounge is separate from the cinema halls. We’ve had meetings and have finally agreed that our lounge will continue to operate till our cinema halls can be reopened. The government will authorize our reopening soon.”

Tobi, a computer engineer, male, has missed going to the cinemas. However, football matches have made up for his cinema-going habit.

When asked about other video-streaming platforms, he responded: “Netflix? Frankly, not that I don’t enjoy the platform, it is a good one. But what do you do when you want a different environment and scenery? For dates, for relaxation.

For Peter, digital marketer, he likes the cinemas because he enjoys the movies better on the big screen. “I can use my phone. But you can’t compare watching on your phone to watching at the cinemas. That’s why I still think I prefer the cinemas. I hope they reopen soon.”