The Minister of Finance, Budget and National Planning, Zainab Ahmed, has revealed the plan of President Muhammadu Buhari‘s government to reopen land borders in Nigeria.

Recall that the Federal Government had directed the land borders to be closed since August 2019 in a bid to curtail illegal importation of drugs, small arms, and agricultural products into the country from neighbouring West African nations.

However, on Wednesday, Minister while speaking with State House correspondents, disclosed that the presidential committee set up on the matter has completed its job and has recommended the reopening of the borders.

Ahmed added that the committee would forward its report to Buhari with the expectation of a formal declaration on the issue. 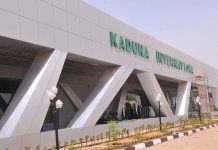