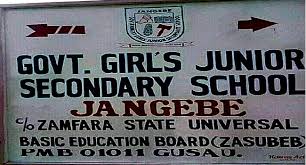 All 279 students kidnapped from their boarding school in the northern state of Zamfara have been released and are on government premises, the governor of the state, Information Nigeria understands.

Zamfara state governor Bello Matawalle announced the release of the girls on Tuesday.

“I am happy to announce that the girls are free,” Matawalle told newsmen.

“They have just arrived in the government house and are in good health.”

Gunmen abducted the girls from the Government Girls Junior Secondary School in Jangebe town on Friday, in the latest in a series of mass kidnappings of students in the West African nation.

Authorities initially said 317 girls were abducted in the raid by hundreds of gunmen on the Government Girls Secondary School in remote Jangebe village on Friday.