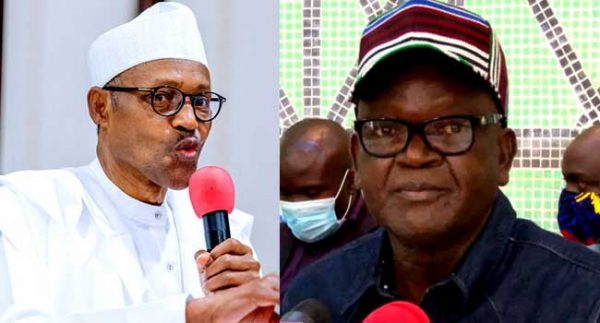 The Presidency had on Monday faulted the recent resolutions of the Southern Governors, including the ban on open grazing in the entire southern part of the country.

A statement signed by Presidential spokesman Garba Shehu said the Governors’ resolutions failed to provide any solution to the lingering crisis between farmers and herders in the country.

But the Benue State Governor, in a statement signed by spokesman Terver Akase, said the insistence on open grazing reserves by the President Muhammadu Buhari administration is a pointer to a hidden agenda.

“We find the move not only shocking and curious but also as a misplaced priority,” the Ortom statement said.

“At a time the country is worried about the worsening security situation and many Nigerians are calling for national dialogue to address the fundamental issues that have led to the present state of affairs, the Federal Government considers the reopening of cattle grazing routes as the only solution available to it.”

The Governor faulted the Federal Government’s plan to commence rehabilitation work on grazing reserves in the country next month.

Ortom recalled that the Northern States Governors’ Forum (NSGF) had met on February 9 and agreed that the current system of herding mainly by open grazing is no longer sustainable, in view of the growing urbanisation and population of the country.