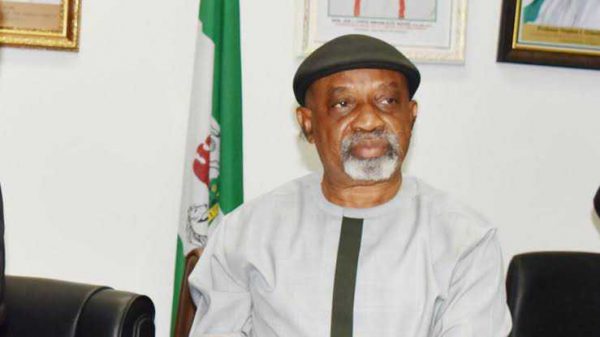 The Federal Government yesterday directed members of the striking Judiciary Staff Union of Nigeria (JUSUN) and the Parliamentary Staff Association of Nigeria (PASAN) to urgently reopen all the courts and the State Houses of Assembly.

The Minister of Labour and Employment, Chris Ngige, said only re-opening of these places by the aggrieved workers would make possible the implementation of May 20, 2021 Memorandum of Action signed by all parties and further reinforced by another meeting on implementation of timelines on June 4.

According to a statement by the spokesman of the ministry, Charles Akpan, the minister lamented the present status of courts and the state assemblies.

“The Federal Government has sadly noted that the MOA between all the stakeholders involved in the JUSUN/ PASAN strike, mainly JUSUN/PASAN, Governors’ Forum and the Presidential Implementation Committee is yet to take effect because of non-compliance by parties.

“We note that the strike has not been called off as of noon, today, June 8, 2021, leading to courts and various State Houses of Assembly still remaining under lock and key contrary to the promise made by the two unions at a further dialogue which was attended by the President of the Nigerian Labour Congress.

“Unfortunately, all federal courts have remained closed notwithstanding the fact that the federal level of Government operates a financial autonomy of the judiciary through the National Judicial Council (NJC) and the National Assembly through the statutory transfer lines,” the statement read.