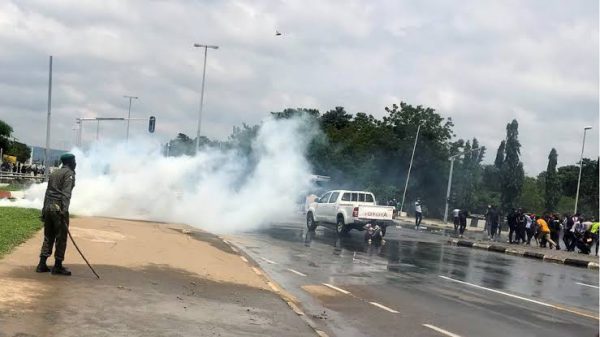 Men of the Nigeria Police Force on Saturday morning thwarted a June 12 protest in the Gudu area of the Federal Capital Territory when they stormed the area and started firing teargas canisters.

The protest began around 08:30 am and was going on smoothly with the protesters, mostly youths, expressing their dissatisfaction with the state of the nation.

The protesters, who chanted “Buhari must go”, “Say no to injustice”, amongst other solidarity phrases, took to their heels and scampered for safety when the security operatives started shooting.

Recall that the Nigerian police had earlier warn citizens against participating in any protest across the state.