The federal government has stated that it has not raised the pump price of premium motor spirit (PMS), also called petrol, above the regulated price.

Timipre Sylva, minister of state for petroleum resources, stated this at the Nigerian Midstream and Downstream Petroleum Regulatory Authority (NMDPRA) stakeholders’ consultation forum on regulations, held on Monday in Abuja.

While the regulated pump price of the product is N165 a litre, some filling stations have been selling as high as N180 a litre.

“Well, I can tell you authoritatively that we have not deregulated. The government is still subsidising, if there are increases in the price, it is not from the government, it is probably from the marketers,” he said.

“But, of course, I will talk to the NMDPRA’s chief executive to ensure that they regulate the prices. But this is not from the government because we have not deregulated.” 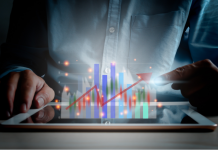 5 Reasons to Use a Mobile Trading App for Forex Trading