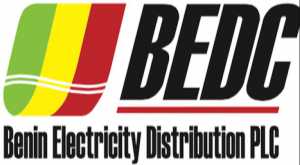 The Nigerian Electricity Regulatory Commission (NERC) acknowledged that the fight for ownership and management of the Benin Electricity Distribution Company was unsettling the power consumers in the four states that the Disco serves.

The commission stated in a public notice titled, “The Legitimate and Statutorily Recognised Board of Directors/Management of BEDC Electricity Plc,” that electricity consumer in the states of Edo, Ekiti, Delta, and Ondo were concerned about BEDC’s service continuity, while industry stakeholders were concerned about the Disco’s ability to meet its market obligations.

The commission claimed that it had been made aware of public announcements that Mr. Lucky Ayomoto had reportedly signed on behalf of the former BEDC board of directors and management.

It claimed that the appointment of Messrs. Henry Ajagbawa, K.C. Akuma, Adeola ljose, Charles Onwera, and Yomi Adeyemi as directors of BEDC was described as a “unlawful misrepresentation and unfortunate misadventure” in public notices published on August 9, 2022.

However, according to the NERC, the Disco was a distribution licensee of the commission and that organization was the primary authority with the authority to formally recognize the board and management of BEDC as an operator in the Nigerian electricity supply industry. This authority was granted by the Electric Power Sector Reform Act.

It said, “The general public may wish to note that BEDC is jointly owned by private investors with Vigeo Power Ltd holding an equity of 60 per cent and 40 per cent being held by the Bureau of Public Enterprises on behalf of the federal and state governments.

“One of the shareholders in Vigeo Power Ltd, Vigeo Holdings Ltd, subscribed to its shares vide a loan from Fidelity Bank Ltd. In the light of a default in servicing the said loan, the bank has exercised its rights to repossess these shares that were provided as security for the acquisition loan.

“Upon repossession of shares of Vigeo Holdings Ltd by the bank, an application was filed by the banks and the BPE with the Commission for the approval of an interim board of directors and management for BEDC in compliance with NERC’s business continuity arrangements for licensees.”

The commission noted that after the regulatory and shareholder interventions were finished, the former management of BEDC filed a legal action challenging the appointments.

“The actions taken by the contending parties for the control of BEDC has been primarily unsettling for end-use customers in Edo, Ekiti, Delta and Ondo states that are reasonably concerned about continuity of their service and other NESI stakeholders that are concerned about BEDC’s ability to meet its obligations to the market,” the regulator stated.

It added, “The commission has a statutory responsibility to the electricity market and this responsibility which is exercised in the public interest outweighs any perceived private interests.

“The general public is hereby advised to note that the interim board comprising Messrs Henry Ajagbawa, K.C Akuma, Adeola Jose, Charles Onwera and Yomi Adeyemi are the only directors of BEDC recognised by the commission.”

He declared that the interim board of directors needed the assistance of all stakeholders and members of the public as they sought to maintain service to end-use customers in the BEDC network area.