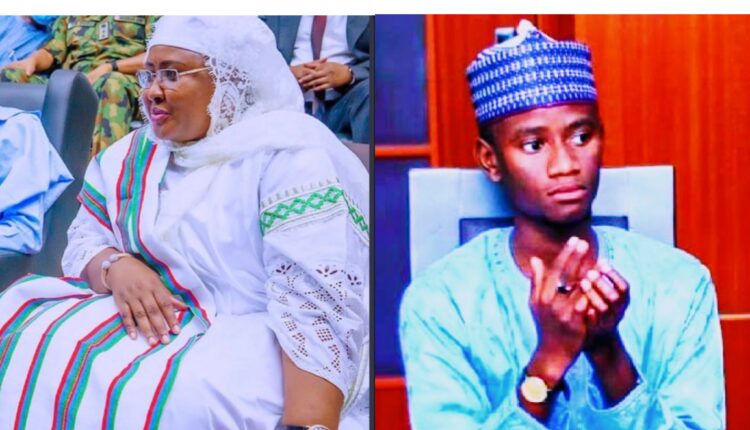 The Jigawa State Police Command has said it has no hand in the arrest of a 500-level student of the Federal University, Dutse.

The student, identified as Aminu Azare, was reportedly arrested for posting a tweet apparently mocking the First Lady of Nigeria, Aisha Buhari.

The tweet which was written in Hausa and accompanied by a photo of the first lady, reads “Su mama anchi kudin talkawa ankoshi” which means ‘The mother has got fatter by eating masses’ money’.

Shortly after the tweet, Aminu was allegedly arrested by operatives of the Department of State Service, leading to a backlash from Nigerians against the service and the first lady on social media.

According to Punch, attempts to reach Peter Afunnaya, the DSS spokesperson, proved unsuccessful because neither calls nor messages left on his phone were returned.

DSP Lawan Shiisu, the command’s police public relations officer, claimed to be unaware of the arrest.

“We didn’t make the arrest. An arrest cannot be made in my area without me being informed,” The Punch reported.

One of those who criticised the DSS over Aminu’s reported arrest was a lawyer, Inibehe Effiong.

He tweeted, “You are defending Aisha Buhari because she’s someone’s mother. This argument is preposterous. Thousands have lost their mothers to the incompetence and cruelty of the Buhari regime. Thousands have been orphaned by the corruption in management of funds meant to combat terrorism.”

Activist Aisha Yesufu said, “Who is Aisha Buhari that an aggrieved citizen cannot talk about? Those of you talking about her so-called powers need to ask yourselves whether you are citizens or slaves.Duniya budurwar wawa!”