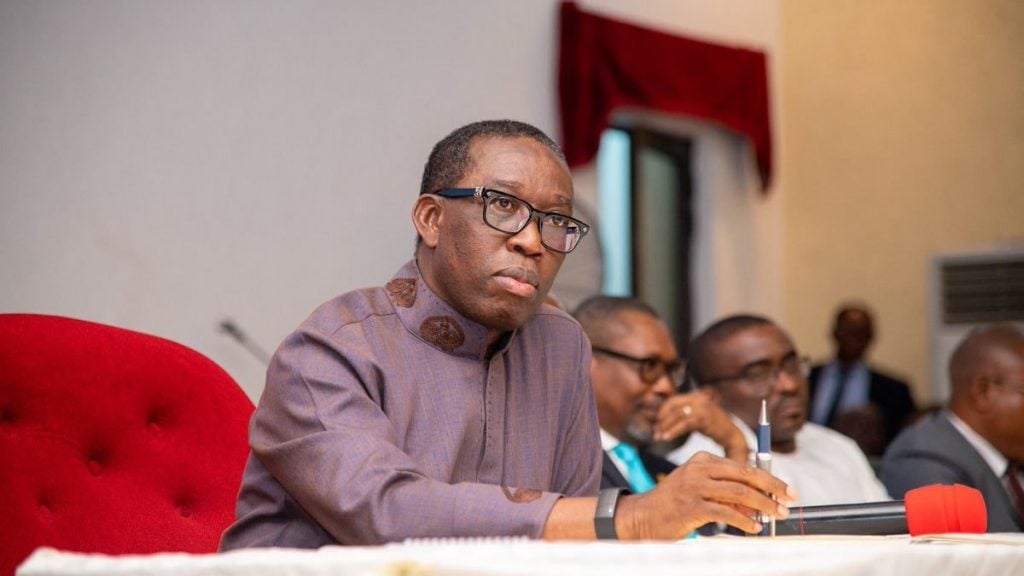 Chinye Matthew, a party chieftain in the area, stated this when the Omo-Agege campaign train arrived..

Chinye asserted that the projects that the governor had claimed to have funded for the deserving residents of Aniocha North were sponsored by NDDC.

READ ALSO: ‘Count Me Out Of Governors Looting LG Allocation’ – Okowa To Buhari

He said, “We want to state that the projects governor Okowa said he provided for the people of Aniocha North were funded by NDDC.

“These road projects in Aniocha North remain very important, owing to the fact that many of the dwellers in rural areas are farmers who contribute to the food baskets of the state.

“Okowa shouldn’t be taking credits over projects that his administration never awarded, funded, and commissioned in Aniocha North.”