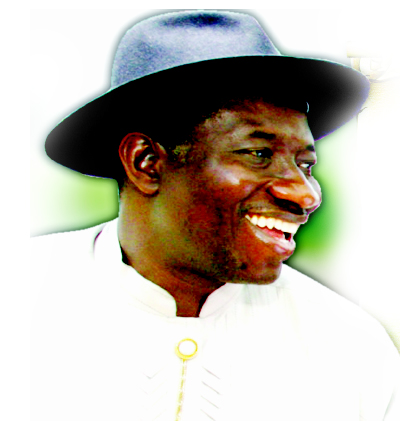 History was made in the country on Tuesday as the Senate and the House of Reprsentatives separately okayed resolutions empowering Vice-President Goodluck Jonathan to formally act as the President.

By the resolutions, Jonathan can now discharge the functions of the office of President, Commander-in –Chief of the Armed Force in accordance with the provisions of Section 145 of the 1999 Constitution.

The Senate took the decision following a motion by the Senate Leader, Mr. Teslim Folarin, while the House reached its resolution after two executive sessions.

Section 145 of the constitution reads: “Whenever the President transmits to the President of the senate and the Speaker of the House of Representatives a written declaration that he is proceeding on vacation or that he is otherwise unable to discharge the functions of his office, until he transmits to them a written declaration to the contrary, such functions shall be discharged by the Vice-Presidents as Acting President.”

The Senate clarified that it based its decision on the doctrine of necessity and not constitutional considerations while the House predicated its action on the need for peace, security and good governance.

The Senate said that Yar’Adua had, through the interview he granted the British Broadcasting Corporation on January 11, 2010 and transmitted to the whole world, declared that he was receiving medical treatment in Saudi Arabia and consequently would be unable to discharge the functions of his office until his doctors certified him fit to return to Nigeria to assume his duties.

Folarin had in the motion asked the Senate to empower the vice-president to act as President until Yar’Adua returned from Saudi Arabia where he had been undergoing treatment for acute pericarditis in the past 78 days following the prolonged absence of the President.

This, according to him, certified that, in the interest of our nation, Section 145 of the constitution had been complied with through the said interview.

He, therefore, said that Jonathan should henceforth “discharge the functions of the office of the President, Commander-in-Chief of the Federal Republic of Nigeria as Acting President.”

No sooner had Folarin moved the motion than Senator Garba Lado (Katsina State), raised a constitutional Point of Order.

Citing Section 145 of the constitution, Lado said it would be unconstitutional for the Senate to adopt the motion.

He argued that apart from the fact that some of his colleagues doubted the authenticity of the President’s voice in the said interview, it (interview) could not replace a written declaration.

According to him, Section 145 of the Constitution is specific on the mode of transmission.

He also argued that since there was a subsisting pronouncement of the court on the matter and the Senate had passed a resolution on it, anything to the contrary would be wrong.

But the President of the Senate overruled him, saying that since copies of the transcript of the President’s interview were published in the media, it could be taken that Section 145 of the constitution had been complied with.

The Deputy President of the Senate, Mr. Ike Ekweremadu, who seconded the motion, said, “We have found ourselves in a very difficult time, I am happy that we are finding a solution within the confines of the constitution, which we all swore to defend.”

He added that, “Looking at Section 145 of the constitution, there are certain conclusions that need to be made. One is that the section does not require the President to sign anything. It does not require any particular signature.

The constitution does not prescribe the form of the writing. Technology has assumed a new dimension. You believe that if the President has sent a text to the President of the Senate and Speaker of the House of Representatives, section 145 would have been fully complied with.

“If he (President) had sent an e-mail to you; that too would have been fully complied with. As far as I am concerned, I listened to the BBC and sir (Lado), you will also notice that in addition to the voice of the President, it was also transcribed and as you did say, those statements are contained in BCC website and further published in respective media. So, I am satisfied that Section 145 has been fully complied with.”

But Senator Jibril Aminu caused a mild drama when he said the words “acting president” as written in the constitution were not in capital letters.

Senator Joy Emordi also brought another dimension to the issue when she said that the second prayer in the motion be amended as, according to her, it was not enough for the President to return, but should also be capable of discharging his duties as President before returning to his seat.

This drew murmur from Pro-Yar’Adua Senators who believed it was over-stretching the point.

Mark then cautioned his colleagues against taking their arguments to ridiculous levels.

In closing the debate, the President of the Senate noted that the “doctrine of necessity” was largely responsible for the action of the Senate.

According to him, “A rigid and inflexible interpretation will not only stifle the spirit and intendment of the constitution, but will also affront the doctrine of necessity.

“The doctrine of necessity requires that we do what is necessary when faced with a situation that was contemplated by the constitution.

“And that is precisely what we have done today (Tuesday). In doing so, we have as well maintained the sanctity of our Constitution as the ultimate law of the land.

“Viewed from an ordinary reading of section 145 of the constitution, we came to the conclusion that the President, through his declaration transmitted worldwide on the BBC, has furnished this parliament with irrefutable proof that he is on medical vacation in the Kingdom of Saudi Arabia, and has therefore complied with the provisions of the Constitution.

“For the avoidance of doubt, let me re-emphasise the import of prayer number two of our resolution. The President will automatically resume office as President and Commander-in-Chief once he is well enough and returns to the country and informs us accordingly, pursuant to Section 145 of the same constitution.

“I have re-emphasised this salient constitutional provision to dispel the obvious disinformation and distortion, which both mischief and ignorance will inevitably spawn.

“In accordance with this solemn resolution, in this extraordinary time, the Senate shall henceforth receive and accept communication from His Excellency, Dr. Goodluck Jonathan, GCON, as acting President, in accordance with the provisions of the 1999 Constitution of the Federal Republic of Nigeria.

“The fact that we have resolved the logjam democratically is a measure of the depth that democracy has attained in our polity. This is not the time for winners or losers, but the time to remain united as a people because as a nation, our voyage is on the same tide and we cannot afford a drift.

“Today is indeed a historic day for constitutional development in our country.”

However, the Vice-President is not expected to assume office immediately because the Senate will have to adopt their votes and proceedings on Wednesday (today) and transmit same to the Presidency before it becomes effective.

However, in the House of Reprsentatives, the resolution to empower Jonathan to act as President did not come easy as the stage was set for a free-for-all before the Speaker called for two executive sessions to resolve the matter.

Before one of the closed door meetings, Bankole had received delegation of the Nigerian Governors Forum led by Governor Bukola Saraki of Kwara State who were in the National Assembly to support its earlier decision on the controversy generated by the President’s absence from the country for 79 days.

In passing the resolution on the grounds of “peace, security and the good governance of the country,” the House said Jonathan “shall assume full presidential powers.”

There was a clear division in the ranks of the House between those who supported Jonathan to take over as acting President, and those who opposed it.

Investigations by one of our correspondents showed that in the last three weeks, the two opposing groups had been unable to agree on the issue of giving Jonathan full presidential powers.

A National Assembly source said that one of the groups, which had the backing of the leadership of the House, was acting the script of a certain political party and other forces outside the legislature to ensure that Jonathan was not fully empowered.

He said, “That was what they wanted to do today (Tuesday) but we opposed it vehemently. The initial motion they planned to pass was weak and silent on the important issue of acting president.

“We opposed it vehemently; that was why there were two executive sessions to resolve the matter and we won.”

Another source from the South-South, who was a party to the executive sessions, said that Tuesday’s resolution was “a political solution taken to protect the interest of the majority of Nigerians.”

During the plenary, pro-Jonathan lawmakers started chanting “it must be acting president or nothing else” immediately they sighted the modified prayers of the motion.

There was rowdiness on the floor but sensing danger, Bankole called for the first executive session at 11.37am. The session lasted till 12.16pm but was unable to resolve the disagreement.

The speaker quickly called for another executive session at 12.33pm.

It was learnt that during the second session, the leadership and the pro-Yar’Adua elements bowed to pressure to insert acting president in the resolution, which was eventually passed when the House reconvened.

Meanwhile, Saraki, who led the governors delegation to Bankole admitted that at the forum‘ meeting held earlier on Monday, agreed that Jonathan should be made acting President.

Saraki added that during the meeting, the political situation in the country was reviewed and it was decided that giving Jonathan full presidential powers was the best solution in the interim.

Bankole, in his response, told the governors that the House debated the issue on Tuesday and had resolved that Jonathan should assumed full presidential powers in acting capacity.
SOURCE: punchng.com