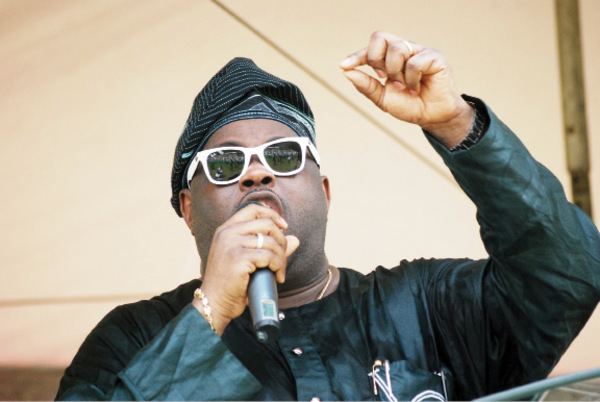 The presidential candidate of the National Conscience Party (NCP), Dele Momodu, has picked Kano State born Yunusa Tanko as his running mate in the 2011 presidential election. Born on February 12, 1966, Mr. Tanko was until his selection, the national secretary of the National Conscience Party (NCP). He had his primary school education at the Army Children School, Ikeja, Lagos, between 1974 and 1981 and proceeded to Ikeja Grammar School, Lagos, where he completed his secondary school education in 1985. Mr. Tanko holds a HND in Marketing from Kaduna Polytechnic (now University of Technology, Kaduna) in 1992 and bagged a postgraduate diploma in Cooperative Studies from the same institution in 1994. In 2006, he obtained a second HND degree in Accounting from Nuhu Bamali Polytechnic, Zaria, which followed with a postgraduate diploma in Management from the Ahmadu Bello University (ABU), Zaria, as well as an MBA from the same institution. According to a statement signed by Ohimai Godwin Amaize, national coordinator, Dele Momodu Presidential Campaign Organization, Mr. Tanko has served in various capacities as head of accounts, National Population Commission, Kaduna, 1993-2000; head of revenue, Nigerian Immigration Service, Kano, 2000-2002; and head of finance, Team Nigeria Trust Fund Limited, FCT, Abuja, 2002 till date. Mr. Amize described the choice as “a fresh beginning for Nigeria,” saying that the duo “represent that radical departure from the incompetence, the corruption and the general backwardness that is currently characteristic of our nation’s leadership.”