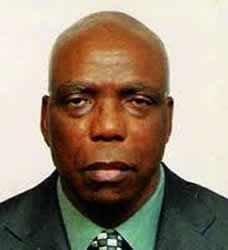 The National Universities Commission on Monday appealed to members of the Academic Staff Union of Universities not to carry out their threat to embark on a nationwide strike.

The commission, said through its Executive Secretary, Prof. Julius Okogie, that it was holding dialogue with ASUU and therefore urged its members to exercise patience with the federal government.

Okogie, spoke shortly after the resumption of the re-appointed Minister of Education, Prof. Ruqayyatu Ahmed Rufa’i in Abuja. He, however, said ASUU was justified to threaten to go on strike.

Okojie explained that everything was on course to ensure the speedy process of signing into law, the agreements between the government and ASUU to avert any industrial crises.

He said, “Unions have a right to agitate. Our own is to go to where we think those problems could be solved. We have been in touch with chairmen of Senate and House committee on Education. They are very active on it.

“These things you don’t do it over-night. But the issue of retirement age, there was one individual bill and the other one was a general bill, we crossed a lot of bridges.

“Even if they are threatening, we will appeal to them. Honestly, I agree they really have a need to worry, because if it were me, I would worry too, but government has a way of doing its things. It has to go through the normal processes.”

The Executive Secretary who spoke on behalf of other chief executives of paratstatals in the Education ministry, also applauded the minister’s reappointment.

He said, “With her coming back we are going to start from where we stopped. If it were a fresh person, he will start going round for familiarisation from one parastatatal to another. She has been on the ground.

“She has a whole lot of four years to turn around this sector. We have seen what she was able to achieve within a period of one year.”