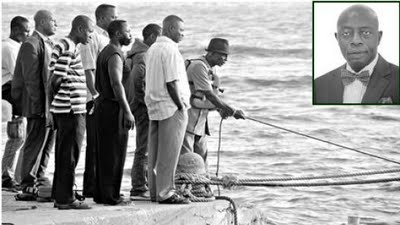 Mr. Al-Mustaim Alade Abaniwonda, a Senatorial candidate of the PDP in the Lagos East Senatorial district in the last election is said to died in what in being considered an act of suicide. Although the purpose and reasons for which the notable politician and former MD of Crystal bank would commit suicide remains obscure, the events preceding his unfortunate demise are rather unusual.

The deceased had lost to the incumbent Senator Tunde Ashafa of the Action Congress of Nigeria (ACN) and although his name was among the list of 10 nominees sent to President Goodluck Jonathan for consideration for a ministerial position from Lagos State he was not chosen. As Mr Abaniwoda was coming from a bank on Lagos Island he told the driver that he was pressed and needed to use the toilet. Wasiu, who was Mr. Abaniwoda’s driver and was chauffeuring him said that all his entreaties and persuasions that his boss should wait until they got to his office, at the CSS Bookshop building in Broad Street, fell on deaf ears.

Wasiu said: “He ate his food after we left the bank and he told me he was going to use a toilet down there. That was all until I heard people shouting. He was still struggling to get out when I got there but he later went down inside the water.” Mr Wasiu was arrested by the Marine Police Division.

Eyewitness accounts have it that when the politician jumped into the river, he was still able to stand upright but he deliberately walked into a deeper portion of the lagoon. It is said that he was thrown a floater and a tyre but he refused to use it. A toilet operator, who does not want his name in print said: “We didn’t know what happened in the vehicle before he came down. But when he got to us, he told us he wanted to use our toilet. We were still looking for the key and water when “he took off his jacket, wristwatch, and wallet. We called him again and he replied in Yoruba language saying Ani mo fe se ga”, (meaning I want to defecate). Before we knew what was happening, he was already in the lagoon.”

However some other accounts said the late politician slipped and fell into the lagoon while going to the toilet. But almost everybody at the scene agreed that he did not want to be rescued. His son however said that the late politician had just celebrated his wife’s 56 years birthday party and did not seem as though in any state of mind to perform such an act. There are insinuations that he spent a lot of money during the electioneering campaign and that he had hoped he would get a ministerial slot as compensation.

My opinion is that since there are no indications that he was inebriated, except it was jazzz oh! (maybe Mami water)  If not what could cause a man coming from the bank to commit suicide? How much do think he saw in his bank account? do you think there is any other ration explanation for this besides bankruptcy?