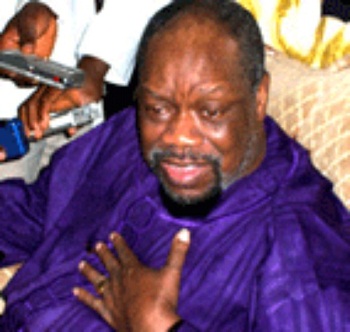 Anambra State Governor, Mr. Peter Obi, hinted yesterday, in Awka  that Odumegwu-Ojukwu listed where his body would be taken to before burial.

The countries are nations that supported the Biafran struggle and recognised Biafra as an independent state. They are Gabon, Tanzania, Ivory Coast and Haiti

At the end of the civil war, Ojukwu sought asylum in Ivory Coast from where he returned to Nigeria in 1982 when he was granted state pardon by former President Shehu Shagari

Obi who reiterated the determination of Nigerians to give the leader of the All Progressives Grand Alliance, APGA, a befitting burial, added that arrangements for the burial would soon be announced.

Government activities in tthe state has been reduced to  pay last respect for Ojukwu.Movement for the Sovereign State of Biafra, MASSOB, declared seven-day mourning and  the rain of tributes for the late Ikemba Nnewi continued to pour yesterday.

Obasanjo: Ojukwu’s death marks the end of an era

Okonjo -Iweala: He was a hero and father figure for Igbo

Oshiomole: An advocate of distributive equity.

Clark: He was voice for the voiceless

NLC (Nigerian Labour Congress): one of the best patriots ever produced

YCE ( Yoruba Council of Elders) : he fought against injustice and oppression