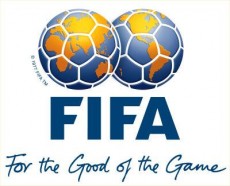 Qatar’s awarding of the 2022 World Cup looks set to come under the microscope once again as FIFA ruling board members meet on Tuesday to appoint a corruption prosecutor who will be urged to investigate how hosting rights for the 2018 and 2022 World Cups were awarded.

As part of Sepp Blatter’s anti-corruption reforms, the FIFA President’s executive committee will choose lawyers to lead independent prosecuting and judging chambers of a revamped ethics court in Zurich.

FIFA’s top anti-corruption adviser, Mark Pieth, said the scheduled appointments are key to modernizing football’s scandal-hit world governing body. “They are absolutely fundamental to get this moving,’ Pieth, who has led a 13-member panel advising FIFA since January, told AP.

Pieth’s group has said the ethics officials must have authority to examine old cases, after finding that FIFA “insufficiently investigated” some allegations about World Cup bidding.

The December 2010 poll of FIFA’s high command has been shrouded by claims that some received payments or sought unethical favours from bidders, and several breached bidding rules by joining a pact to back Qatar and the Spain-Portugal bid.

Russia won the 2018 rights and the tiny Gulf kingdom of Qatar was selected for 2022 ahead of the United States in a final round of voting.

“We will want to meet the people who are going to be elected and make it clear what we expect of them,” said Pieth, a Swiss law professor. “We must help these people to see that they get the right resources.”

UCL: I’ve Not Decided Who My Number One Goalkeeper Is – Graham Potter

UCL: Xavi Unhappy With ‘Injustice’ In Defeat To Inter Milan