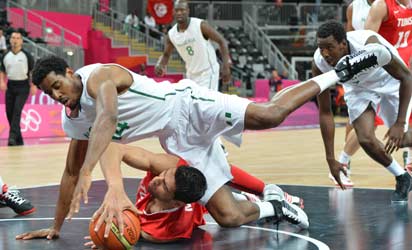 Olympics debutants, Nigeria’s D’tigers, narrowly beat their African counterparts from Tunisia in their opening game in the Olympics. The Nigerians won the game 60-56, hopefully setting themselves up for a successful campaign ahead. The Tunisians are also Olympics debutants.

The Nigerians had seized their largest lead at 29-10 giving them a 31-15 lead as at half-time. However, the Tunisians rallied, scoring 25 points in the fourth quarter and pulling within 56-54 in the final seconds. However, in the final seconds, Nigeria sank three free throws down the stretch to secure the victory.

Tunisia, reigning African champions, have not beaten their Nigerian counterparts in any major international competition since 1987.