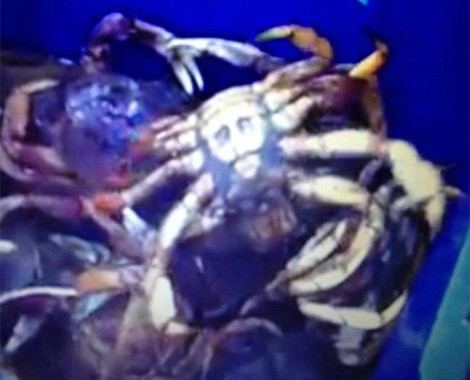 TERRORIST Osama Bin Laden has reared his ugly head again – on the belly of a CRAB. A freakish image of the bearded monster was caught on camera by a family filming a fishing trip.

The face is the spit of the al Qaeda fiend gunned down in his Pakistan lair by US Navy Seals last year.

But now he’s back where he belongs – at the bottom of the ocean.

The crustacean was thrown back in the water near Everett, Washington state, because it was female and illegal to keep.