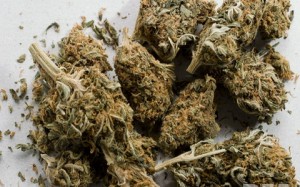 A Nigerian, Moses Chinedu Nwosu, 50, has been sentenced to death in a Malaysian court on Sunday for trafficking more than 14 kilos (31 pounds) of marijuana over the land border with Thailand, a report said.

According to the court, there was no doubt that Nwosu, was guilty of the crime and this was punishable with death by hanging. Meanwhile, Nwosu’s lawyer could not be reached for comment.

The Bernama news agency had reported that the accused testified the drugs, carried in a black bag, belonged to another man he was travelling with from the Thai border to the northern Malaysian town of Alor Setar. “However, according to a witness, Moses was seen carrying the black bag… and its key was found in his pocket,” the judge said.

This is just the latest in a clampdown by Malaysian authorities on alleged foreign drug traffickers. And this, certainly, is not the first time a Nigerian will be found in similar circumstances in recent times. An Australian nurse and Nigerian man were also charged with trafficking drugs last month, a case which has attracted media attention worldwide.