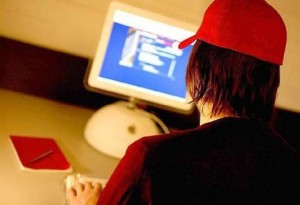 On Wednesday it was reported that a teenager allegedly stabbed her uncle to death  because he shut down her internet to stop her from staying online late into the night.

Lin, the 19-year-old, was said to have been taken into custody in Miaoli County in the north-west of the island after she allegedly stabbed her uncle in the stomach with a 29-centimetre knife. This was reported by an official Central News Agency.

Initial investigation by the police read that the teen was connecting to the internet around 2 am when her uncle shut the power down. An argument ensued, and the teen pulled out the knife.

The 37-year-old uncle, whose name was not released, died of his wounds in a local hospital.

Lin’s grandmother, who also lived in the home, said the uncle had a bad temper, and would shut down the power of the house occasionally while Lin was surfing the web because he was annoyed that she stayed up so late.

A representative from Miaoli’s prosecutors office declined to comment on the case, but said a murder conviction in Taiwan carries a penalty ranging from 10 years in prison to a death sentence.