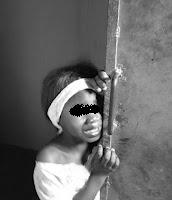 The realm of wonder is always pregnant for one thing or the other to present. A Glen View man who reportedly was so addicted to having quality time with pr*stitutes found his 8-year-old daughter r**ped whilst he allegedly was bonking Harare p*stitutes.

As reported, the incident took place after the man, (name withheld to protect the identity of the minor), left his little daughter at home and went on to hook up with ladies of the night. While he was away, a man only identified as Mambo reportedly took advantage of the absence of the minor’s father and defiles her.

The incident was said to have been blown open after the alleged irresponsible father had dragged his ex-wife to Harare Civil Court seeking to be granted custody of their 8-year-old girl. His ex-wife, however, begged for the court not to honour his request.

“Your worship, I cannot let him stay with my daughter because he loves prostitutes more than his own child. Last year I left him with the child and she got r**ped after he had gone to hook up with pr*stitutes. He now wants to stay with the child because the court ordered him to pay maintenance. Granting his wish would be putting the life of my daughter at risk, Your Worship,” said the girl’s mother (name withheld).

Interestingly, the man admit that his daughter indeed got defiled on the day in question, but however claimed that he had not gone to hunt for s*x workers. He further claimed that the man who defiled his daughter was in fact his ex-wife’s boyfriend.

“I had not gone for pr*stitutes. I had just taken a walk intending to return home early. That is when her boyfriend came and r**ped my daughter while I was away. She must give me back my child because she is indulging in pr*stitution before the eyes of my child. She is influencing the young girl to have bad morals,” he said.

Magistrate Vongai Muchuchuti who presided over the case, ordered that the child should remain in her mother’s custody as she is still too young.