In a meeting held on Thursday night between President Goodluck Jonathan and leaders from the South-south at the presidential villa, the leader of the group, Edwin Clark, said the president should convene a National Conference.

The purpose of the meeting had been to discuss how to strengthen the union between the northern and southern parts of the country. At the meeting, the president and the leaders from the south discussed the issues of violence in the country which has been largely played out in northern Nigeria. However, the grouse of the southern leaders is that the targets have been primarily northern Christians and Southerners.

Edwin Clark said the southern states are prepared to dialogue with their brothers and counterparts from the north to ensure that the violence is checked. Distinguishing between a Sovereign National Conference and a National Coference, Mr Clark said, “We are not talking about a Sovereign National Conference; we are talking about a national conference. A conference whereby Nigerians will meet to discuss the basis of unity in this country and also to look into our constitution and decide whether it is the best instrument we have for this country.”

He also argues that the National Assembly alone cannot craft a constitution that will be agreeable to all constituent parts the nation: “We believe that the National Assembly cannot do it alone. We believe that if there is a National Conference which is constituted by representatives from over 250 ethnic nationalities in this country, they will be able to produce a document to form the basis of their unity.” 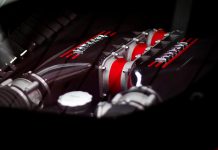