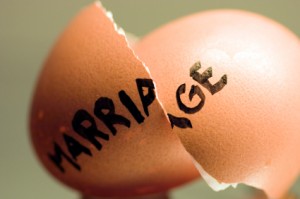 A Pastor’s wife, Blessing has dragged her husband to an Agege Grade A Customary Court in Lagos, seeking for a divorce. According to Blessing, her husband, Victor Odafe, always threatened her with physical injuries whenever they had misunderstanding.

Blessing also told the court that she lost interest in the relationship when she found that her husband was irresponsible and also lacked care for her and their children. She added that Victor once alleged that she was responsible for his dwindling fortune. Blessing also claimed that the husband used to call her unprintable names including being a prostitute, adding that when she gave birth to their second child, he denied the paternity mainly because the baby was black in complexion while they (the parents ) are fair.

On his own part, Victor, who claims to be a pastor at Empowerment Church Oregun, Lagos, denied the allegations. According to him, he gave Blessing some money to join him in the church, only to return and discovered that she had gone with the children. He says, “I was amazed. I had to call my boss to intervene and he did, but Blessing proved stubborn.”